Apple (NASDAQ:AAPL) is developing a mixed reality headset that will blend AR and VR features, according toa recent CNET report. That wouldn’t be surprising, since Apple recently acquired several AR and VR firms and launched its ARKit development kit with iOS 11. Leaked patents also revealed the development of an iPhone-powered headset.

However, CNET’s report — which cites an unidentified person “familiar with Apple’s plans” — reveals many more details about the secretive project, allegedly codenamed T288. According to the report: The design includes a 16K display, consisting of an 8K display per eye, for a stand-alone headset. The headset wouldn’t be tethered to a PC or smartphone; instead, it would be wirelessly connected to a dedicated “box” powered by a next-gen custom Apple processor. The device could be launched for the consumer market in 2020. 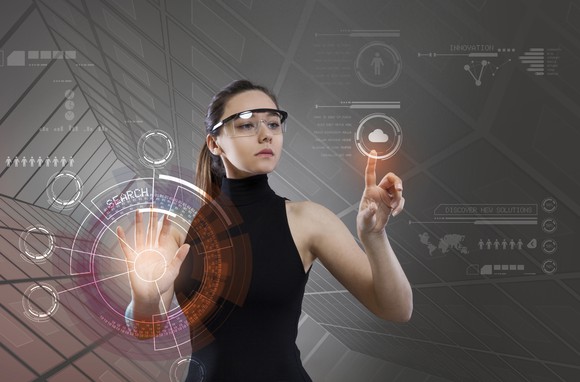 Why would Apple make a mixed reality headset?

The most common criticism about Apple is its financial dependence on the iPhone, which generated 62% of its revenues during the second quarter of 2018. To diversify beyond the iPhone, Apple needs new hardware products. Apple Watch sales have risen in recent quarters, but the smartwatch still doesn’t generate enough revenue to be reported alongside the iPhone, iPad, and Mac.

Looking back, the iPod, iPhone, and iPad were all significant products for the tech market because they reinvented existing products. Apple didn’t invent the MP3 player, smartphone, or tablet, but it made sleek, consumer-friendly versions that fixed the flaws in existing products.

Apple likely sees a similar opportunity in the VR/AR/mixed reality headset market, which is filled with ambitious but flawed devices. Facebook’s (NASDAQ:FB) Oculus Rift and HTC’s Vive offer high-end VR experiences, but the devices are pricey, bulky, and need to be tethered to PCs via wires and external sensors. Facebook is addressing some of these issues with the stand-alone Oculus Go, but the headset offers a much lower-fidelity experience than its big brother. 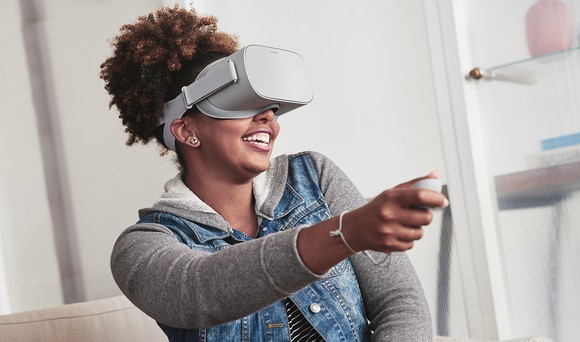 As a result, only a niche group of gamers use the Rift and Vive for gaming. Sony’s (NYSE:SNE) PlayStation VR for the PS4 faces the same problem. It sold 2 million PSVRs by the end of 2017, but that represents a sliver of the 78 million PS4s it sold worldwide.

In the low-end market, cheaper Cardboard and Gear VR-like devices let users quickly convert smartphones to VR headsets. These experiences gave mainstream users a taste of VR, but they don’t match the high-fidelity experiences of the Rift or Vive. As a result, many mobile users likely played with just a few VR apps before losing interest.

Meanwhile, Microsoft (NASDAQ:MSFT) teased the future of “mixed reality” with the HoloLens, but only a $3,000 developer version is currently available. The company hasn’t revealed when it will launch a cheaper consumer version, but recent reports indicate that it won’t launch a newversion until 2019. For now, Microsoft is letting its hardware partners test the waters by launching cheaper “Windows Mixed Reality” headsets.

Could Apple move the market forward?

If Apple plans to release its headset in 2020, it’s likely waiting for technologies to improve enough so that it can launch a device that offers a high-fidelity experience at a reasonable price.

But Apple isn’t sitting still. Its latest iPhones are equipped with new depth-sensing cameras and computer vision chips, which are ideal for AR apps, and it showcased AR and face-tracking features with the Animoji and unlock features for the iPhone X. App intelligence firm Sensor Tower recently reported that over 13 million AR apps built withApple’s ARKit have already been downloaded since its release with iOS 11 last September.

Apple could be slowly building an AR app ecosystem before it releases a dedicated headset. Attracting more developers to ARKit could let it start on firmer footing than Facebook, HTC, Sony, and Microsoft, which prioritized hardware launches over software development in their initial forays into the AR/VR market.

The AR market could growfrom $3.3 billion in 2015 to $133.8 billion in 2021, according to Zion Market Research. That represents a huge growth opportunity for Apple, but investors should take that forecast — and the T288 rumors — with a grain of salt. Apple is likely focused on the growth of the AR market, but time will tell if this device sees the light of day. 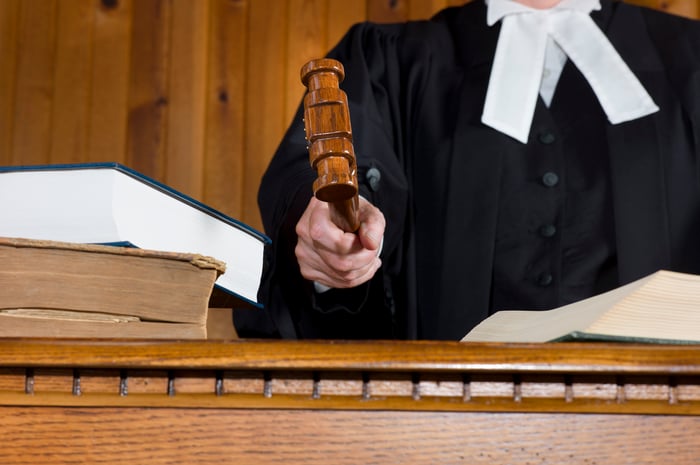