Ford Motor Company (NYSE:F) said that its sales in Europe rose 12.6% in April, thanks to booming SUV sales and very strong demand for its all-new Fiesta.

Given a strong market and ample supplies of the new Fiesta, Ford is well on its way to overcoming a weak start to the year in Europe. The Fiesta is Ford’s best-seller in the region, and supplies of the new model were still tight when the year began. Year to date, Ford’s sales in Europe are down about 0.5% through April. 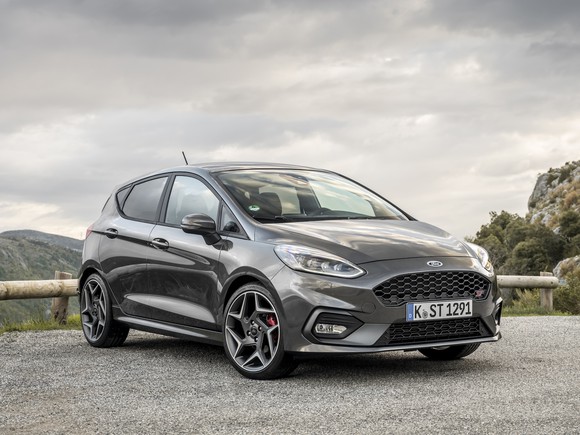 Ford has an all-new Fiesta in Europe, and sales jumped 33% in April. The new high-performance Fiesta ST, shown here, is getting strong reviews in the European auto press. Image source: Ford Motor Company.

Ford sold about 113,000 vehicles in April in the 20 Western and Central European markets that it considers its primary marketplace in Europe (what it calls the “Euro 20”). That was up 12.6%, or about 12,700 vehicles, from its total in April 2017. Because Ford’s gain outpaced the overall market’s 9.9% increase, its market share in the Euro 20 rose 0.2 percentage points from a year ago, to 7.5% for the month.

In Europe as a whole, including Russia, Turkey, the former Soviet republics, and the countries of Eastern Europe (the “Euro 50”), Ford sold about 129,500 vehicles in April, up about 10.1% from a year ago.

Ford’s market share in the Euro 50 was 7.2% in April, unchanged from a year ago.

Here’s a look at how the five best-selling Fords in Europe fared in April.

Data source: Ford Motor Company. Sales totals are for the Euro 20 only and are rounded to the nearest 100 vehicles.

Clearly, now that supply is catching up with demand, Ford is seeing big results for its all-new Fiesta. That’s better news for Ford’s bottom line than you might think: While the little Ford is mostly thought of as a car for the frugal in the U.S., where it sells in small numbers and generates little (if any) profit, Europeans tend to order their Fiestas with a lot of high-profit options. Ford expanded the option list for the all-new model, adding new upscale trims that should enhance its profitability further.

Focus sales were also very strong in April, but there’s a different dynamic at work there: Ford is gearing up to introduce an all-new Focus in Europe this fall, and dealers with inventory are making deals. As with the Fiesta, the all-new Focus will bring new technologies and new upscale trim options that should help boost its profitability.

Like their cousins in the U.S. and China, European car-buyers have caught the SUV bug. Of course, in Europe, smaller SUVs are the ones in high demand. Ford is seeing solid results for its overhauled EcoSport (which was in short supply a year ago) as well as surprisingly strong demand for the Kuga, the European twin of the Escape. I say “surprisingly” because like the Escape, the Kuga is nearing the end of its model life — but demand in Europe continues to be strong.

Also making this list is the Transit Custom, a commercial van that was revamped and given a new interior for 2018.The Transit Custom is a “one ton” van, a size smaller than the Transit 150 that’s familiar to U.S. customers. (The full-size Transit is also offered in Europe.)

As in the United States, commercial vehicles are a big part of Ford’s business in Europe — but in Europe, Ford’s vans are the big sellers, with the Ranger pickup making up a relatively small portion of sales. (Ford doesn’t offer its big F-Series pickups in Europe.) 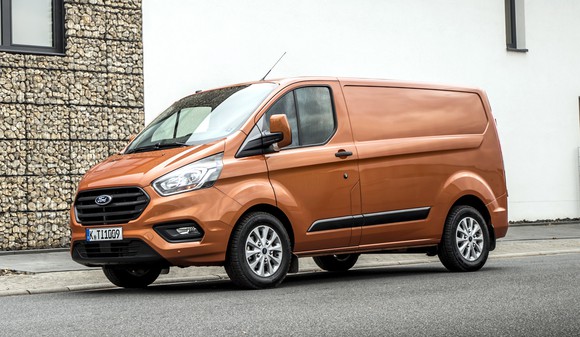 What it means: Ford’s Europe profits could be on an upswing

Ford’s first-quarter result in Europe was decidedly mixed. On the one hand, the all-new Fiesta helped drive a nice improvement in net pricing. But on the other hand, lower sales volumes (because of tight Fiesta supplies) and a marketwide move away from higher-profit diesel-powered models hurt. Factor in some unfavorable exchange-rate moves, and the upshot was a big drop in profit: to $119 million, down from $209 million the year prior.

With one-third of the second quarter now in the books, things are looking up. Production of the new Fiesta is now up to full speed, and demand for profitable SUV models is strong.

As of right now, it’s not clear how the shift away from diesels will affect Ford as the year goes on. But if the other strong sales trends continue, Ford should have little trouble improving on the $88 million it earned in Europe in the second quarter of 2017.