Benchmark prices for liquefied natural gas are set at a handful of major global trading hubs, but there’s a problem for the world’s four biggest consumers, all of which are Asian countries: the hubs are located thousands of miles away in the U.S. and Europe. Those faraway prices are often based on very different market fundamentals, so efforts are under way to create LNG hubs in Asia with their own benchmarks. It’s not quite as straightforward as it sounds, though.

1. Which countries want to set up hubs?

Japan, the world’s biggest LNG consumer, is keen. So is China, the No. 2 buyer, where a natural gas exchange is reportedly planned for Chongqing with support from the state energy giants and local government. Singapore, a trading center which consumes little LNG, wants to develop a local pricing benchmark. Then there’s India, where the energy regulator is making moves to develop an exchange by the end of the year. Becoming a hub allows a country to derive value from shifting between multiple suppliers and customers depending on the best price. 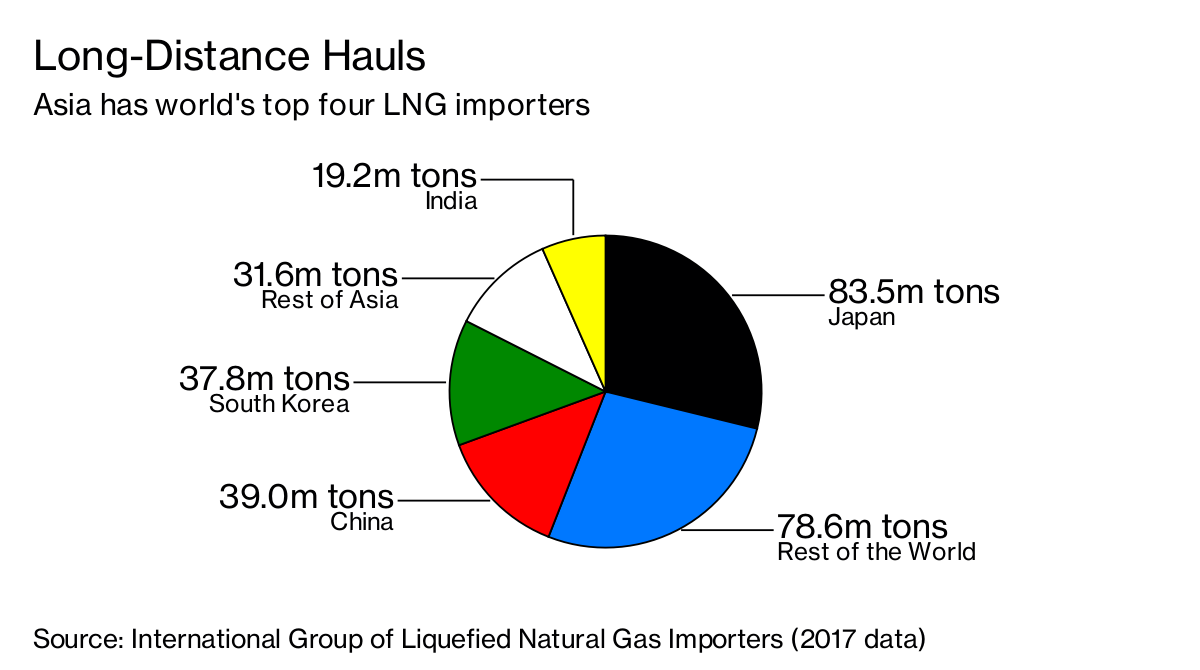 2. What prices do most Asian buyers pay?

When the region began importing LNG in the 1960s, the super-chilled fuel competed with petroleum as the energy of choice for power generators, so it was priced as a percentage of oil. Even though oil and gas now compete directly in fewer markets, most LNG contracts are still tied to crude. But deals are increasingly being linked to those U.S. and European hub prices. Sellers have also got creative with pricing, driven by an impending supply glut; they’ve tied contracts to coal or electricity prices and even priced LNG inversely to crude, so LNG rises when oil falls, and vice versa.

3. Where are the world’s main gas hubs?

Henry Hub in the U.S., the National Balancing Point in the U.K. and the Title Transfer Facility in the Netherlands. Henry Hub serves as the basis of the world’s biggest natural gas futures contract, on the New York Mercantile Exchange. It’s a dense network of interconnections for 11 pipelines in southern Louisiana. A producer can send gas to the hub on one pipeline then sell and transfer it via another pipe to power plants or LNG terminals. With so many connections, traders can be confident they will always find a buyer or seller, helping to establish the price as a benchmark for much of U.S. trade. The U.K. and Netherlands hubs are so-called virtual hubs that encompass all the gas in each country’s network of pipelines, allowing gas to enter at their borders and exit at the end user. The Intercontinental Exchange Inc. hosts popular futures contracts based on the NBP and TTF hubs.

4. What’s the problem for Asian consumers?

LNG prices can gyrate based on supply and demand in other regions; if it’s unexpectedly cold in Britain, prices of contracts tied to the U.K.’s NBP may rise, making LNG more expensive in China or South Korea, whatever the state of their markets. Remember also those LNG contracts that are tied to crude prices; they’ve risen as oil has climbed to the highest level since 2014. Meanwhile, a surplus of LNG is expected to develop in the coming years as new plants come on stream in Australia and the U.S. In an LNG hub, that would be expected to drive prices down. But if prices are tied to crude, consumers may not get the benefit of the impending glut.

As Roberto Arenas Lara, head of data and information services department at the Gas Exporting Countries Forum, puts it: “In the U.S. it was easy because they have all the gas there. One thing is to plan it, and another to implement.” There are key requirements to creating a gas-pricing hub, according to Yury Sentyurin, secretary general of GECF, and every Asian hub aspirant falls short on at least one of them. The criteria, he says, are a wholesale natural gas market, free and unregulated trade of the fuel, separation of transport and commercial activities for gas, large gas transportation network capacities and a large number of market participants.

6. Could Asia have a virtual hub?

This might be the best hope for Asian buyers, at least in the short term. “They essentially serve the same purpose in that they are all ‘meeting points’ or market centers at which parties can buy and sell gas with the title transferring between them,” Mike Fulwood, researcher at Columbia University’s Center on Global Energy Policy, wrote in a paper. Singapore Exchange Ltd. has created three price indexes for Asian LNG buyers, and ICE has seen surging trading activity for its futures contract based on the Japan-Korea spot price of LNG, as assessed by S&P Global Platts. Open interest for the contract at the end of April was 16,366 lots, more than three times the level of a year ago. To be sure, there’s still a long way to go. Open interest for Henry Hub gas futures was at 1.4 million contracts.

Back to the Future 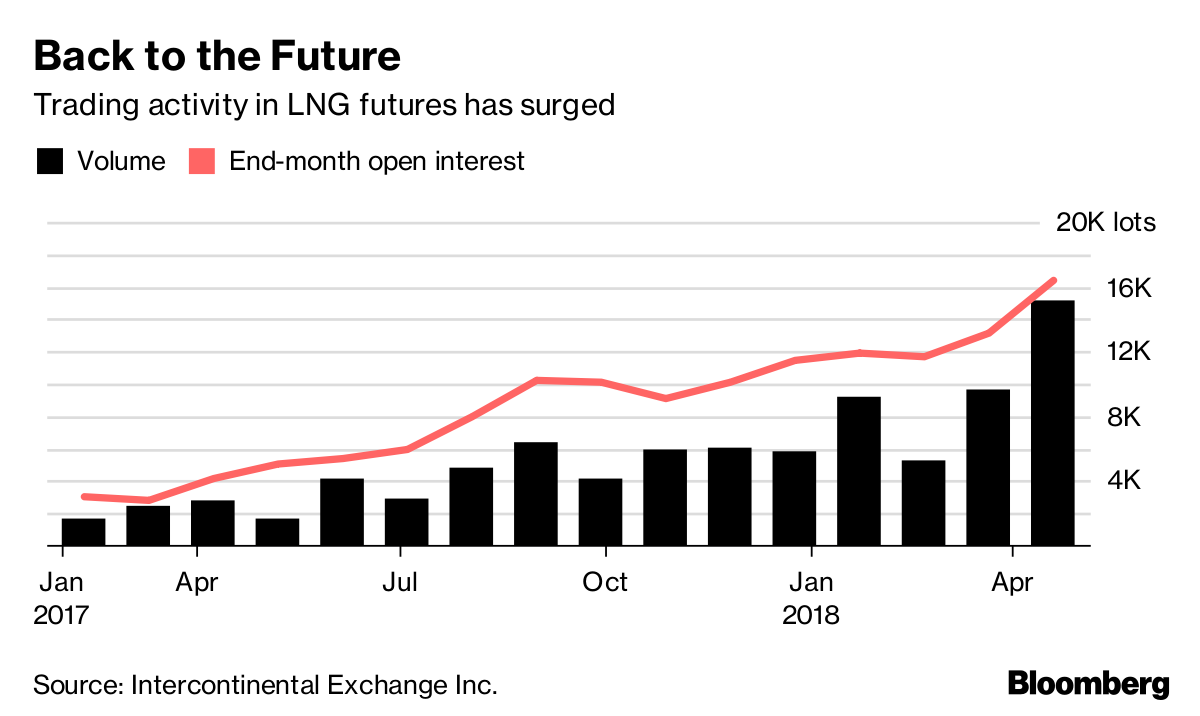 — With assistance by Dhwani Pandya