The stock market was quiet on Wednesday, with different benchmarks reacting to a variety of news events. The release of minutes from the Federal Reserve’s most recent monetary policy meeting generally confirmed what most investors had believed about the central bank’s future course of action, and that helped send the Dow Jones Industrial Average and the S&P 500 modestly higher. Yet weakness in key technology stocks caused the Nasdaq Composite to lag its peers. Several stocks posted strong advances, and Garmin (NASDAQ:GRMN), Kandi Technologies Group (NASDAQ:KNDI), and Magellan Health (NASDAQ:MGLN) were among the top performers. Here’s why they did so well.

Shares of Garmin soared 17% after the maker of GPS-tracking devices reported extremely good results in its fourth-quarter financial report. Garmin saw a 4% rise in revenue on strong gains in the aviation, marine, outdoor, and fitness segments, while adjusted earnings per share were higher by 26% compared to the prior-year quarter. The company also managed to boost its internal efficiency, with huge jumps in gross margin and operating margin helping to cement gains on the bottom line. Most investors had been concerned that Garmin faced tough competition, but the diversity of Garmin’s business lines helped it not only hold up but thrive during the holiday season. 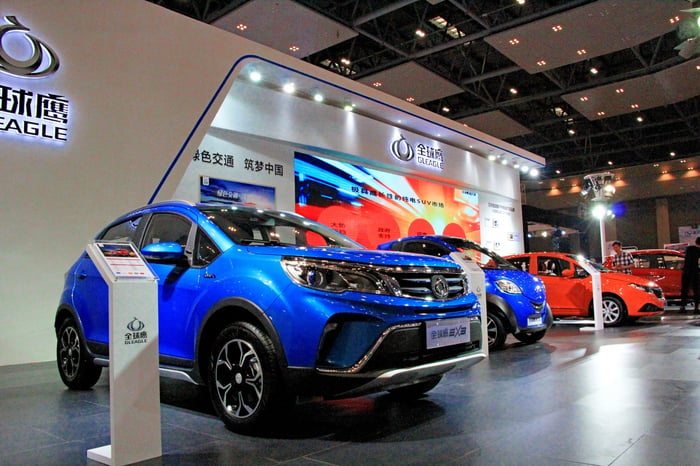 Kandi gets the go-ahead

Electric vehicle manufacturer Kandi Technologies saw its stock price skyrocket by 34% following a pivotal decision from the U.S. National Highway Traffic Safety Administration. The Chinese company will now be able to sell two of its vehicles, the EX3 and K22 models, into the U.S. market. Kandi is especially optimistic about its sales prospects given that it qualified under the rules allowing for a $7,500 federal tax credit to vehicle purchasers, and CEO Hu Xiaoming said that “both the EX3 and K22 are competitive in price and quality with advanced tech features that are in demand by American consumers.” The electric vehicle market is heating up, but Kandi will now have an opportunity to be a bigger player in the space.

Could Magellan get bought out?

Finally, shares of Magellan Health finished higher by more than 11%. Speculation arose that the healthcare management specialist might choose to put itself up for sale, responding to pressure from activist shareholder and hedge fund Starboard Value. Starboard owns almost 9% of Magellan’s stock, and the hedge fund has routinely suggested to many of its holdings that they consider measures to help enhance shareholder value. Despite today’s rise, Magellan shares are still well below where they were this time last year, and that could force the company’s management team to consider more strongly the alternatives that Starboard is reportedly suggesting.