The charade lasted about a month and the media is still grasping at straws, but Facebook (FB) retaliated and threw porridge in the face of doubters.

Here’s some of what Facebook was cooking in its porridge which you can find in the earnings release and more detailed 10-Q.

Revenue was up 49% vs same year-ago period Net income up 63% vs same year-ago period Daily active users (DAUs) were 1.45 billion on average for March 2018. 13% increase year-over-year. Monthly active users (MAUs) were 2.20 billion as of March 31, 2018. 13% increase year-over-year. Mobile ad revenue represented approximately 91% of advertising revenue for the first quarter of 2018, up from approximately 85% of advertising revenue in the first quarter of 2017.

Couple of facts jump out when reading these numbers.

1. People didn’t delete their accounts. The network effect is too strong. I tend to throw out the word “moat” too often which is wrong, because most companies don’t have a moat. But in Facebook’s case, their network effect moat is so strong that Cher, as a user herself, backpedaled. She and other celebrities jumped on the #deletefacebook wagon and although she may have deleted her personal account, turns out she didn’t want to lose those 2.4M people who like her page. 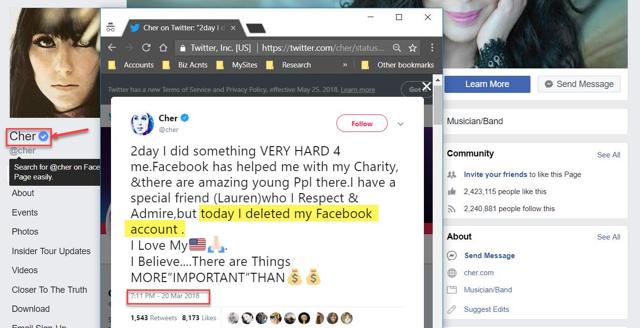 2. Facebook is a clear #2 in online advertising. Online business has become so competitive that without advertising, these online businesses have no way to acquire customers. People tend to think brick and mortar stores have too much overhead, but it’s now at a point where advertising is essentially the new “rent” in the online space.

Amazon is continuing to expand their own ad platform and I wouldn’t be surprised if they become #2 with 5 years, but for most advertisers, the only worthwhile place to advertise on is either Google or Facebook.

I don’t consider Facebook so much a social media company anymore. They are now an advertising company.

Ad revenue is where it’s at and it will continue to increase.

Some companies have pulled ads from Facebook after the Cambridge scandal, but nothing detrimental. In fact, while Tim Cook threw Facebook under the bus, Apple is more is than happy to use Facebook’s user data to sell their own products. The irony is that Apple knows even more about you than Facebook with all the data they collect through your messages, calls, app downloads, browser history and so on. This is also the same type of data that 3rd party companies request access to when you go to install their apps.

Here’s one example of a basic data pipleline Pokemon requests in order to play their game. 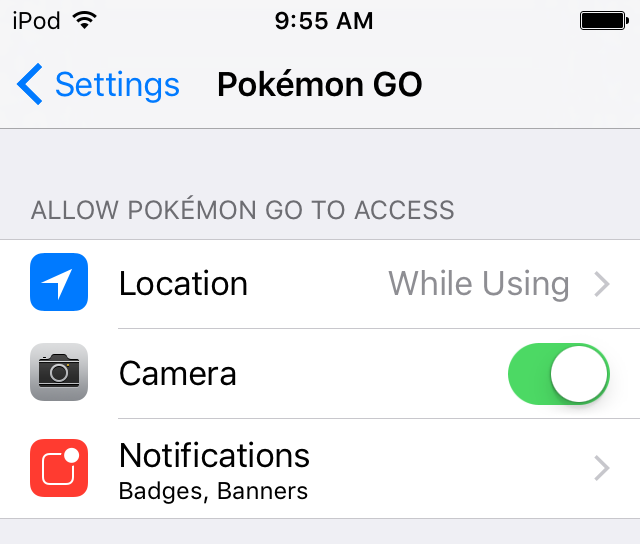 Anyhow, check out the ad growth compared to the same quarter from a year ago.

In advertising revenue alone, this is a 50% increase. 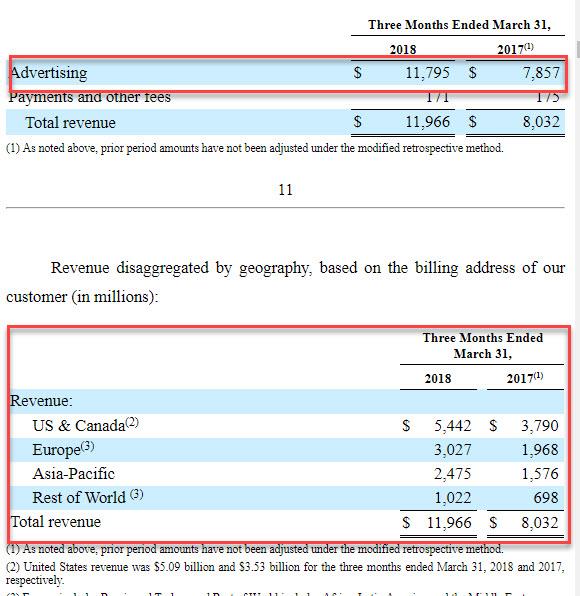 The more interesting data to watch in the coming years will be the other regions as Europe and Asia revenues start to catch up to US levels.

It’s worth more. Before I get into mine, Prof. Aswath Damodaran from NYU wrote a killer piece on his Facebook thoughts and valuation.

He came up with this valuation of $181 based on his various scenario assumptions. The chart below shows his range of possible values and probability that it will happen. If I take the most likely probable percentile of 40% – 80%, the fair value range is $165 to $230. The median value in the chart is $179. 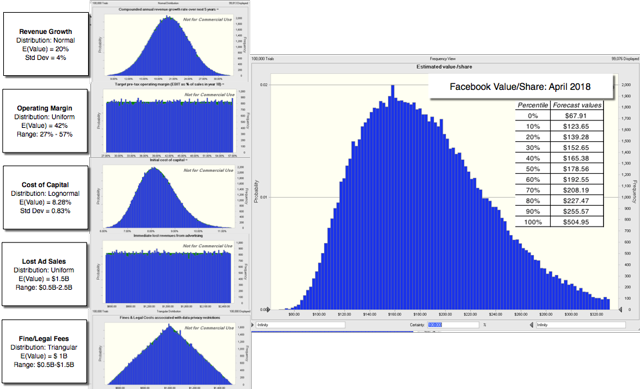 User loss, in numbers and intensity, will be muted Advertisers will mostly stay on Data restrictions are coming, and will be costly There will be fines

These numbers and assumptions were before the earnings release and would certainly bump up the valuation higher.

Around the same time in mid-April before earnings, I also coincidentally ran a quick valuation of Facebook using Vitaliy Katsenelson’s method to come up with a fair value of $182.

By the way, Vitaliy is the author of Active Value Investing, in which he describes the “Absolute PE” model to value stocks as opposed to using relative PE calculations.

The quick version of the Absolute PE models is that you adjust the original PE of the company based on 3 business aspects.

A score is given for each section and the adjusted PE is calculated. The details are too long for this article and so, if you wish to learn how to use this valuation method step by step, this is the link to the Absolute PE valuation tutorial.

What I’ll do is come up with 3 fair values based on after earnings results to create an intrinsic value range.

This is the company as it is now. No need to change anything

Business safety scores 16/20 based on our scoring system. 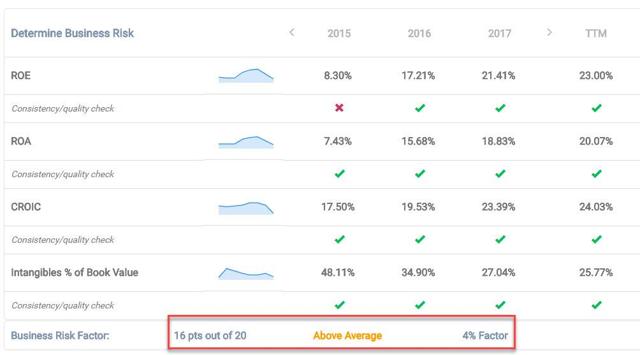 Financial safety gets a near perfect 19/20 with a healthy balance sheet. 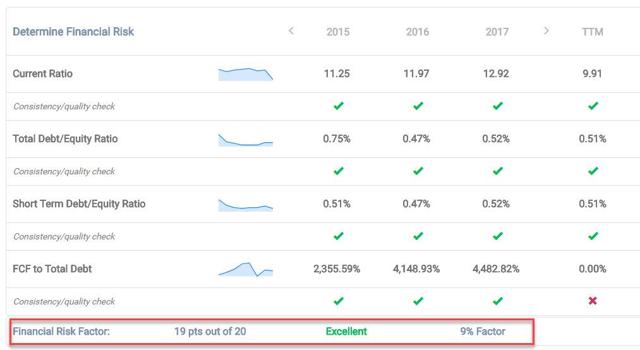 Earnings predictability is also an excellent 18/20 with margin improvements and growing earnings year over year. 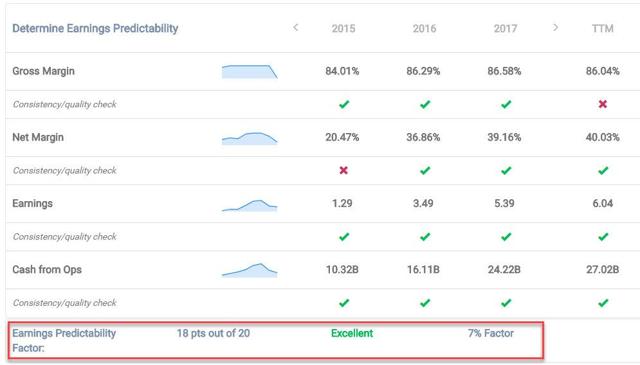 Using the math provided by the Absolute PE model, the new adjusted PE comes out to 34.86.

With the latest earnings report, Facebook has increased its base valuation from $180 to $210.

In this situation, let’s turn the story around and give it dire consequences to see where the low ball fair value will lie. Despite the good results, let’s assume the wheels fall off in the next quarter.

Here are the assumptions.

Business safety is in danger due to regulation and a huge number of accounts that are going to be deleted by another media blitz. Score is 5/20. Financial safety is compromised with lower margins and slowing growth. The cash still supports the business. Score is 13/20. Earnings Predictability is shot as the business model slowly crumbles. Advertisers leave the platform in droves. Score is 3/20. Final adjusted PE is 23.77 Fair value for PE of 23.77 is $143

The probability of the bear case scenario playing out is too low but as a range, it looks like the intrinsic value lies within $145 and $215. Pretty close to what Prof. Damodaran came up with despite using very different valuation techniques.

My bet is that it is in the upper range as there is far too much growth ahead for Facebook.

Summary Latest 10-Q shows that Facebook has plenty of glory days ahead of it. Data scandal is overblown and numbers prove that majority of people don’t care about it. Advertising revenue continues to speed up and international revenue is gaining ground. Prof. Damodaran valued FB at $180 before earnings. A different valuation technique shows FB intrinsic value is between $145 to $215.

Disclosure: I am/we are long FB.

I wrote this article myself, and it expresses my own opinions. I am not receiving compensation for it. I have no business relationship with any company whose stock is mentioned in this article.

Additional disclosure: all images have been credited and linked as requested.