Even in this bull market, the art of short-selling is still alive and kicking.

“A lot of shorts have started to work,” said Whitney Tilson to TheStreet. The noted investor and former managing partner at Kase Capital added, “A little sanity is returning in the really stupid overvalued stuff where the fundamentals are terrible and the stock just keeps going up.”

Case and point: money-losing electric car maker Tesla (TSLA) . Shares of Tesla, one of the 2017 market darlings, has dropped 8% this year as Wall Street questions its fundamentals more closely. After a disastrous first quarter earnings call by CEO Elon Musk, the short position in Tesla touched about 40 million shares for the first time in company history, according to S3 Analytics. 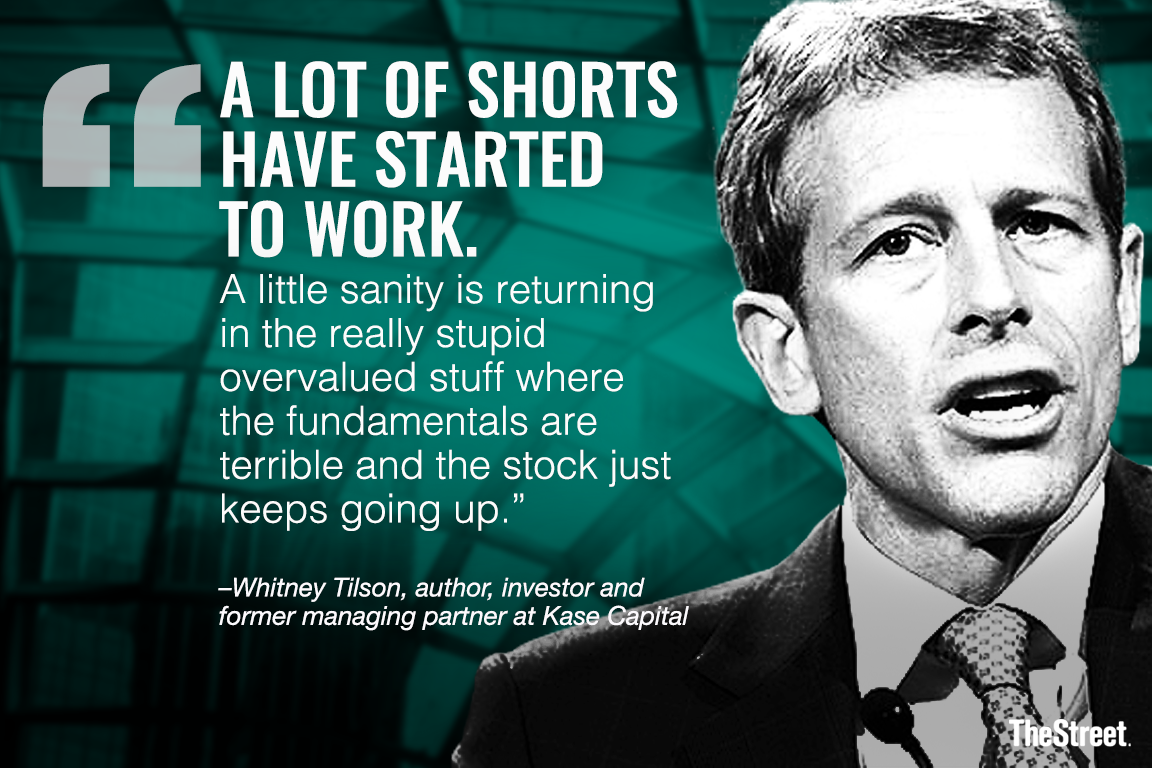 Meanwhile, the outlandishly bullish momentum that dominated markets in 2017 has slowed in recent months. The Dow Jones Industrial Average is in the red by more than 3% this year, and the broader S&P 500 is lower by 2%. Volatility as measured by Wall Street’s fear gauge, the Cboe VIX Volatility Index, has surged nearly 50% year-to-date, too.

“I think the market is really coming away, and I think investors are being a little more disciplined in terms of not paying up too much,” said Jillian McIntyre, chief investment officer and portfolio manager at 221B Capital, to TheStreet. The raging bull market could simmer down further to a more tempered bull market headed into 2019 — and with that, the shorts could find some new opportunities.

What’s more, the geopolitical landscape is such that short sellers are likely nearing a precipice of opportunity. With risks growing ahead of the mid-term elections, the chance that a market-rattling event takes place are higher than they might have been in previous administrations.

“We’re arguably at the top of a 10-year bull market in equities, the VIX appears to have woken up for the first time in 10 years,” explains short seller Chris Irons of Quoth the Raven Research. “Our current president — love him or hate him — is unpredictable and will guarantee further volatility.”

And the shorts would love that, to be sure.