Some things seem too good to last, and that seems to be the approach that investors in recreational vehicle accessories specialist LCI Industries (NYSE:LCII) have taken lately. Despite all signs that the boom in interest in RVs will continue into the key 2018 spring season, the stock has largely given up big gains from 2017 as worries about what the future will bring make people more cautious about LCI’s future prospects.

Coming into Friday’s first-quarter financial report, LCI investors wanted to see continued double-digit percentage gains in sales and earnings from the RV component and accessories company. LCI’s numbers were generally solid, but bottom-line growth didn’t materialize to the full extent that many had hoped. That will leave LCI in a position in which it has to demonstrate its ability to keep capitalizing on good market conditions as long as they last. 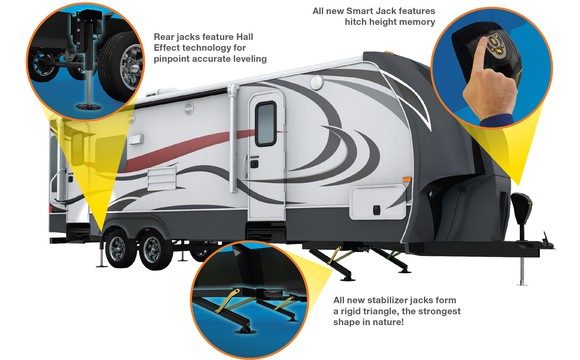 LCI Industries’ first-quarter results had their high and low points. Sales jumped more than 30% to $650.5 million, dramatically exceeding the consensus forecast for $618 million in revenue. Yet those higher sales didn’t translate into the earnings growth many had expected. Net income rose 10% to $47.3 million, and the resulting $1.86 per share in earnings fell short of the $1.93 per share that those following the stock were looking to see.

Acquisitions played an important role in LCI’s overall growth. The company saw about $53 million in additional sales from its strategic moves, representing more than 10 percentage points of its top-line gains. Yet that still left LCI with a 20% organic growth rate, which showed the continued strength of the RV industry generally. Across the industry, wholesale shipments of towable RVs were higher by 15%, and motorized RV shipments climbed by 7% from year-earlier figures.

LCI kept motoring forward on a fundamental basis. Original equipment manufacturer-bound components climbed 30% year over year, with 23% gains in components and accessories for travel trailers and fifth-wheels and a 43% rise in motorhome-related components. Sales to adjacent-industry original equipment manufacturers soared by half from year-ago levels, reflecting the success that LCI has had in diversifying its overall business into areas like marine accessories. Aftermarket sales climbed nearly 40%, adding another $50 million in incremental sales gains for the quarter.

Because of its success, LCI parts keep making up a bigger portion of overall RV content. The typical travel trailer and fifth-wheel RV had $3,317 worth of LCI components in it, up $259 from year-ago levels. The corresponding numbers for motorhomes were $2,328, up $306. LCI said the boost was the largest in five years on the travel trailer side of the business.

CEO Jason Lippert was pleased with the results. “We experienced strong sales growth in our engineered products for leisure and mobile transportation as reflected in our record $650 million sales for the first quarter,” Lippert said, and the CEO noted that a combination of acquisition-led and organic growth was responsible for much of LCI’s overall performance.

A need to keep costs down

LCI has high hopes for the rest of the year. As Lippert explained it, “Sales momentum has continued as the industry attracts a new generation of RV enthusiasts, supported by strong economic growth and consumer confidence. Orders remain strong as dealer sentiment remains bullish and OEMs continue to add capacity to meet demand.”

Yet the element the company didn’t discuss much was a boost in expenses. Gross margin fell more than three percentage points, reflecting higher cost of sales. Although overhead expenses rose at just a 25% pace — slower than overall revenue growth — LCI has said in the past that challenges from an extremely tight job market in the Indiana area have made it difficult for the company to expand to the full extent it would like without seeing higher costs. It’ll be important for LCI to find ways to keep those costs contained if it wants to avoid disappointing investors with earnings growth that underperforms its top-line gains.

Investors weren’t happy with LCI’s slower earnings growth, and the stock fell 6% in morning trading following the announcement. Good conditions look poised to continue in the RV industry, but LCI will have to work harder to take maximum advantage of favorable trends while they last.