Americans are finally getting paid more and that’s creating challenges for nearly all of your favorite restaurants.

Labor expenses make up an average of 25% to 30% of restaurants’ sales. Rising wages are forcing fast food and quick-service chains, including Olive Garden, LongHorn Steakhouse, Domino’s (DPZ), Wendy’s (WEN), Jack in the Box (JACK), McDonald’s (MCD), Shake Shack (SHAK), and Chipotle (CMG), to make a crucial decision: Raise menu prices too much and risk losing customers, or absorb the hit and turn off Wall Street.

“Everybody has to be very careful about pricing. You have to maintain that value perception,” said Howard Penney, a restaurant analyst at Hedgeye Risk Management.

All of the big chains are raising prices as inflation climbs, but Olive Garden, Longhorn, and Domino’s are moving more slowly than McDonald’s, Shake Shack, and Chipotle.

At the same time, the companies want to keep restaurant crews consistent and limit worker turnover. It’s expensive to hire and train new staff, particularly in a tight job market. 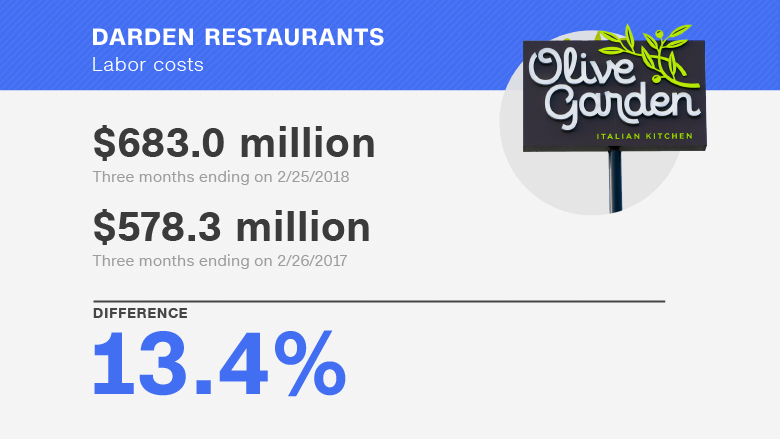 Darden’s low prices are attracting customers. Sales at stores that have been open for at least a year grew 2.4% at both Olive Garden and LongHorn last quarter.

“We are continuing to go after our strategy of pricing below our competition,” Ricardo Cardenas, Darden’s chief financial officer, said on a call with analysts.

Domino’s, one of the top-performing chains in the country over the past decade, isn’t sweating labor strains.

Saleh found that independent pizza stores have raised menu prices by an average 7.5% over the past two years to combat rising labor costs. Domino’s hasn’t changed its $5.99 offer, allowing it to undercut competitors and grab market share.

The company believes it can dodge any margin squeeze by selling more pizza.

“We’re going to try to grow our way out of this,” said Jeffrey Lawrence, Domino’s chief financial officer, on a conference call Wednesday.

Domino’s would risk turning off customers if it raised prices too much, he added.

“It’s a dangerous game,” Lawrence said. “Consumers know if you just poke them in the eye and you want to take price from them. And they have lots of other options.”

Wendy’s brought up prices and saved money by adopting more kisoks and automated dish washers. The company believes it can ease labor pressure in the future through more kitchen automation, including frying and grilling operations.

McDonald’s (MCD), Jack in the Box (JACK), and Chipotle (CMG) have been the most aggressive in raising prices lately to help offset labor costs. Shake Shack (SHAK) is hiking prices too. 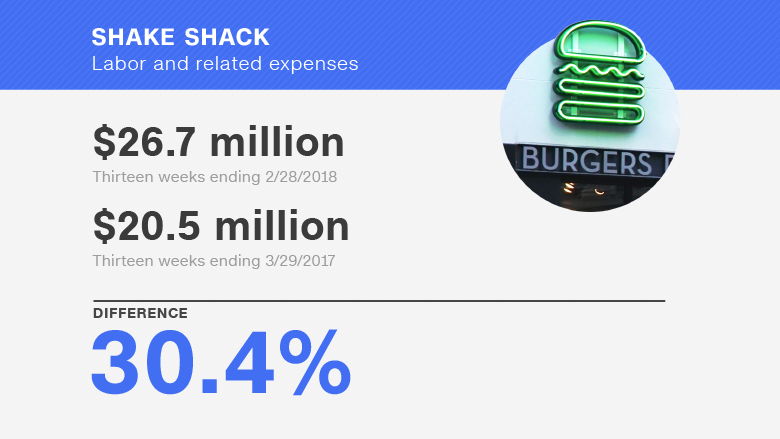 The company said prices last quarter were slightly below inflation. But McDonald’s believes it can get away with inching up burger and french fry prices as long as they’re not moving above inflation or rivals.

Jack in the Box

To minimize the hit from raising wages in a “highly competitive labor market,” Jack in the Box brought up prices 2.5% last quarter at company-owned restaurants.

“Jack in The Box has destroyed their value equation,” said Hedgeye’s Penney.

Since 2011, he found that the average check at Jack in the Box has grown around 24%, but transactions are down 4%, signaling that price increases have led to declining traffic.

Franchisees are now also making a popular taco deal more expensive at some California stores. Two tacos used to be $0.99, but they’ve gone up to $1.29. Bloomberg first reported the move.

“As minimum wage in California started to creep up toward the $15 mark, it doesn’t necessarily make sense from a profitability perspective for our franchisees to continue at that price point,” Carol DiRaimo, head of Jack in the Box’s investor relations, said a Baird conference this month.

High labor turnover has been a problem for Chipotle in recent years. Increasing wages is one way to attempt to prevent employees from leaving. 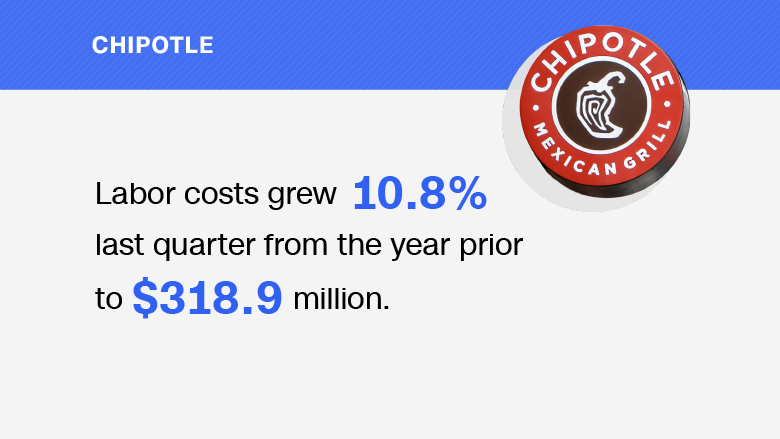 To compensate, prices across the menu have gone up by 5% in the past year. An analyst on Chipotle’s April earnings call noted that the pricing gap was a “decent ways ahead” of the competition.

New CEO Brian Niccol said that some customers on the West Coast had pushed back on the hike, but the company hadn’t experienced much resistance to the changes.