Many are going on Twitter to discuss Capriccio Sangria, a beverage that is garnering comparisons to alcoholic beverages such as Four Loko, which used to combine alcohol with caffeine. 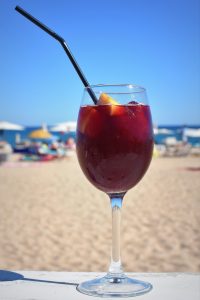 “This drink must have some secret s*** they don’t include in the ingredients cause this wild asf,” one person said last week in a tweet that has now gone viral. The user claims that the beverage had them feeling like they were ingesting more than just alcohol.

Capriccio Sangria was made by Florida Caribbean Distiller, and according to the company’s national sales director, Dave Steiner, the drink is made from “all-natural sangria made from 100 percent fruit juice and grape wine.” He added that the drink doesn’t have any additives or preservatives.

Another user wrote: “That Capriccio Sangria is nasty it’s not quality Sangria and it’s not smooth like bubbly it taste like a 4 Loko.” Yet another user said they “did a lil capriccio test taster. this s*** really like a 4loko lol Be safe tho” on Twitter.

However, not everyone experienced these effects from the beverage, with one user saying: “my final verdict on the capriccio is that I will not spend $11.28 on that again. If someone else buys it I will drink it. As a starter. It doesn’t even get me tipsy so thanks for nothing.”