When Visa Inc (NYSE:V) reported its earnings late last month, shares popped on the news, and even the payment network’s spoiled investors must have been pleased with the quarter’s strong showing. Not only did the company beat expectations, it also raised its sales and earnings guidance for the remainder of the year.

For the quarter, net revenue grew to $5.1 billion, a 13% increase year over year, and adjusted earnings per share rose to $1.11, a whopping 30% increase year over year. This strong top- and bottom-line growth was powered by 11% in payment volume growth, the amount of money travelling over Visa’s network, and a 12% increase in processed transactions, the number of times a Visa account is used to facilitate a transaction.

While all the numbers looked great, what stood out most after reading through Visa’s conference call transcript were the huge successes the company was seeing in its international markets. Let’s take a closer look at these achievements and what Visa is doing to realize such strong global growth. 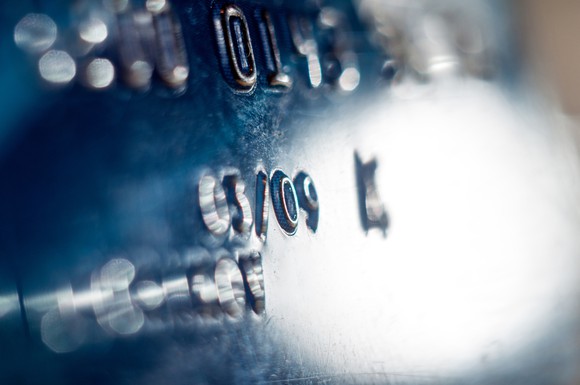 Underlining this strong international showing were a number of deals and partnerships announced by Visa management during the conference call. These included new debit agreements with CIBC in Canada and Mashreq Bank in the UAE, a new co-brand deal with PChome, Taiwan’s largest e-commerce site, Shinhan Korea, the largest card issuer in the country, and several renewed deals with the company’s “largest” clients in China, Japan, and Thailand.

Visa also improved its digital capabilities in foreign markets by extending agreements with different partners. For example, in Singapore, four of Visa’s top seven card issuers have now embedded Visa’s digital capabilities in their online and mobile platforms. The company also partnered with Miami-based fintech Novo Payment, a cloud-based platform that supports mass B2B disbursements and collections in Latin America and the Caribbean region. This was just Visa’s latest deal focused on the massive, largely untapped market of B2B payments.

While Visa highlighted a number of wins from across the globe, one area that stood out was India, where digital and electronic payments continue to see explosive growth. In India, consumers can now scan a QR code, those black-and-white matrix images, and pay their utility bill through Visa Direct, the company’s real-time payments platform.

During the company’s conference call, CEO Al Kelly said Visa was the clear leader in India, having over 50% market share in credit and debit, and “growing overall acceptance”. Kelly said Visa has been working closely with India’s government to expand the use of QR codes, an important endeavor, since merchants only need a smartphone to accept card and digital payments. Kelly added that 450,000 merchants now had this capability and the number of merchants who could accept electronic payments at the point-of-sale had doubled to three million since the fourth quarter of 2016. He concluded by calling India “a very exciting opportunity for us.”

Of course, Visa’s biggest challenge remains the integration of Visa Europe with the larger corporate entity. The manner in which Visa would perform this huge integration was one of Kelly’s biggest questions when he took the reins as the CEO a little over a year ago but, thus far, the company has executed the transition flawlessly. In the conference call, Kelly gave this update:

“Our technical migration in Europe is well under way and off to a great start. The clearing and settlement migration was completed successfully over the months of February and March with no major issues. Over 500 clients were migrated. Authorization migrations begin later this month. Unlike the settlement migrations, which occurred in 2 major tranches, the authorization migrations will occur client-by-client over a longer period of time. We remain on track to complete the technical migration by the end of the calendar year.”

This migration is important for two huge reasons. First, once the European clients are fully on VisaNet, there will be four data centers backing up its European banks, not just one as there is now. Second, once the migration is complete Visa will offer its European clients the same security, risk, and loyalty tools as it has for its other clients around the world. Eventually, Kelly conceded, this will provide pricing opportunities not yet available for these European customers.

Visa is everywhere it wants to be

It’s hard to imagine the focus it takes to keep an eye on so many balls at once, yet Visa not only has found a way to do so, it is excelling. In March, Visa celebrated its IPO’s tenth anniversary. Visa cards in circulation during that time have doubled, while revenue and payment volume have tripled. Better yet for investors, Visa’s shares have returned 837%, five times what the S&P 500 index has done during the same time period! With the company’s global growth evident, it is easy to believe that its history of market-beating returns will continue. While Visa seems to be in every market it wants to be, if it’s not in your portfolio, it might not be everywhere you want it to be.