Endologix (NASDAQ:ELGX) was upgraded by investment analysts at ValuEngine from a “strong sell” rating to a “sell” rating in a research report issued on Wednesday.

Endologix (NASDAQ:ELGX) last issued its quarterly earnings results on Wednesday, May 2nd. The medical instruments supplier reported ($0.15) earnings per share for the quarter, topping the Thomson Reuters’ consensus estimate of ($0.18) by $0.03. Endologix had a negative net margin of 35.86% and a negative return on equity of 43.33%. The company had revenue of $42.28 million for the quarter, compared to the consensus estimate of $41.14 million. During the same quarter in the prior year, the company earned ($0.18) EPS. Endologix’s quarterly revenue was down .8% on a year-over-year basis. research analysts anticipate that Endologix will post -0.73 EPS for the current year.

Endologix, Inc develops, manufactures, markets, and sells medical devices for the treatment of abdominal aortic aneurysms in the United States and internationally. It offers minimally-invasive endovascular repair (EVAR) products, including AFX (Anatomical Fixation) endovascular AAA system, which is a minimally invasive delivery system; VELA Proximal Endograft, which is designed for the treatment of proximal aortic neck anatomies with AFX; and the ovation abdominal stent graft system. 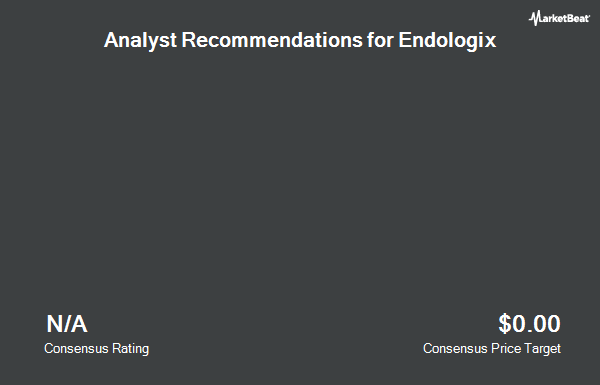