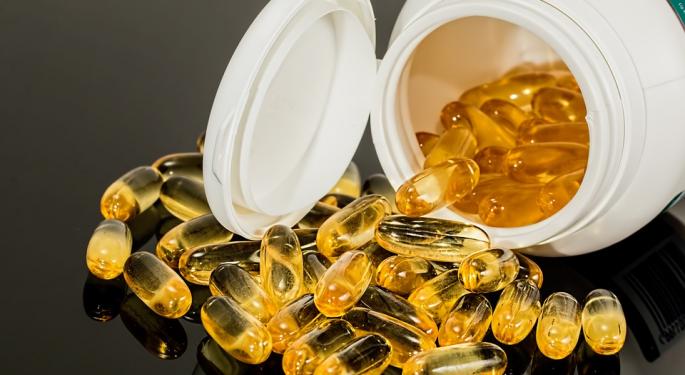 Valeant Pharmaceuticals Intl Inc (NYSE: VRX) shares closed Wednesday up 18 percent, and rose even further on word that the company had received majority approval from creditors to revise its loan agreements.

Dow Jones reported shortly after the close that a source said Valeant agreed to a new maintenance covenant with its loan holders. The creditors have reportedly agreed on fees and rate increases in exchange for "leniency" on filings, the outlet added.

Valeant had until Wednesday to get approval from lenders for revised loan agreements. The company needed over half of its secured loan creditors — holding about $11 billion in debt — to agree to new stipulations.

Wednesday's reported agreement comes despite rumors that a group of creditors were "balking" at Valeant's desire for a revised lending agreement, Bloomberg reported earlier.

On Tuesday, Valeant said its Ad Hoc Committee had concluded a review of Philidor and related accounting matters and would not require any restatements beyond existing disclosures.

Valeant closed at $34.14, and were trading near $35 after the closing bell; shares opened the week in the mid-$25 range.


Related Articles (VRX) Mid-Afternoon Market Update: Crude Oil Up Over 4%; Acuity Brands Shares Surge On Earnings Beat PPH May Be Home To Hedge Fund Hotels, But This ETF Can Endure Valeant Bull Case ($70?) Is Now All About The Next CEO Ackman Talks Up His Long Position In Valeant And The Street Responds The Market In 5 Minutes: Wednesday, April 6, 2016 Goldman On Valeant: New Tax Inversion Rules Could Have 'Some' Impact, But Nothing Too Drastic
View Comments and Join the Discussion! View the discussion thread.