Fundamentally, BDSI isn't the most attractive prospect right now, but when you consider how many of these small biote 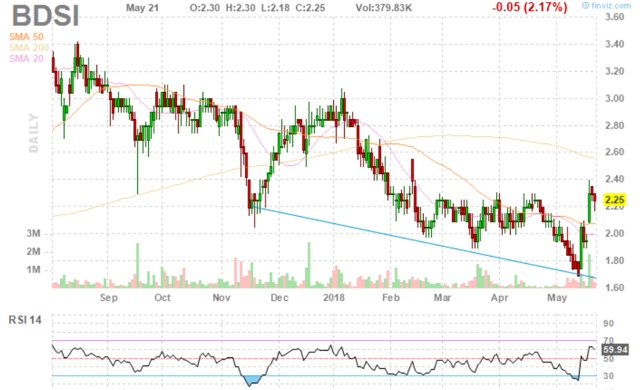 Less than 2 weeks ago, I wrote a Reader Inquiry piece titled "At 52-Week Lows Is BioDelivery Sciences A Viable Turnaround Play?". The story was quite interesting, a case where the company possessed an asset with real value and yet leadership managed to lose 3/4 of the company麓s value in 3 yea

Here's a recap of the options alerts from Friday, September 22, 2017. All time stamps are in Eastern Time.