Normally, when a company reports its quarterly results, investors are eager to find out how much revenue and earnings growth was achieved. But for GW Pharmaceuticals (NASDAQ:GWPH), those metrics are pretty much irrelevant.

The cannabinoid-focused biotech announced its second-quarter results after the market closed on Tuesday. For what it’s worth, GW Pharmaceuticals posted revenue totaling $3.35 million, a 47% jump over the prior-year period. And the company reported a net loss of $88 million, much worse than the net loss announced in 2017 Q2.

Again, though, GW’s top- and bottom-line figures really aren’t important. There are only two numbers in the company’s Q2 results that matter. 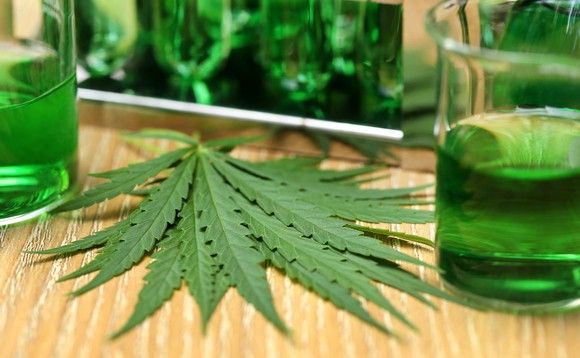 By far, the most important number in GW Pharmaceuticals’ Q2 update was a date. The U.S. Food and Drug Administration (FDA) is scheduled to announce an approval decision on cannabidiol (CBD) epilepsy drug Epidiolex on June 27, 2018.

It would be stretching the truth a bit to say that Epidiolex is a slam dunk for FDA approval. However, the drug’s prospects look really good. Just a couple of weeks ago, an FDA advisory committee voted unanimously in support of recommending Epidiolex for approval in treating Dravet syndrome and Lennox-Gastaut syndrome (LGS), both rare forms of childhood-onset epilepsy. The FDA isn’t bound by this recommendation, but the agency does usually follow the lead of its advisory committees.

The upcoming FDA decision will be a milestone for medical marijuana. Only three cannabinoid drugs have won FDA approval — ever. All three of them, though, are based on synthetic forms of chemicals contained in marijuana.If approved, Epidiolex would be the first prescription drug in the U.S. actually derived from marijuana plants.

Epidiolex could also be first in another category. So far, no drug has been approved by the FDA for treating Dravet syndrome. On the other hand, there are approved treatments for LGS. However, many patients develop resistance to these drugs, so there should be a significant opportunity for Epidiolex in the indication if it wins FDA approval.

The other key number for GW Pharmaceuticals in its Q2 earnings release was its cash position. As of March 31, 2018, the biotech had $487.2 million in cash and cash equivalents.

Why is this cash stockpile so important? GW Pharmaceuticals is still losing a lot of money. The company’s accumulated cash should enable GW to fund operations at least into the first half of 2019 at current levels of spending. However, it seems likely that spending will increase as GW Pharmaceuticals launches Epidiolex, assuming it wins FDA approval as expected.

Whether or not GW Pharmaceuticals has to generate more cash through a stock offering hinges on how quickly Epidiolex gains traction. The company appears to be in pretty good shape for the drug to get off to a good start. GW already has its U.S. sales leadership team in place and is preparing for a launch. The biotech has also actively engaged with U.S. payers in anticipation of approval for Epidiolex.

However, GW Pharmaceuticals won’t be able to begin selling Epidiolex immediately after approval by the FDA. The company must first wait for the U.S. Drug Enforcement Administration (DEA) to schedule the drug under current federal controlled substance regulations. That process should be completed within 90 days of FDA approval. GW hopes to launch Epidiolex in the U.S. by October.

Another number should soon be very important

GW Pharmaceuticals’ revenue and earnings figures won’t matter too much in the third and fourth quarters of its fiscal year, either. But it should be a much different story when the quarter ending Dec. 31, 2018, rolls around.

Market research firm EvaluatePharma predicts that Epidiolex will be one of the top 10 biggest new drugs launched this year. The firm projects that the drug will generate sales of close to $1 billion by 2022. However, other sales projections for Epidiolex are all over the map. The most pessimistic analyst thinks the drug will make only $300 million per year at its peak, while others peg peak sales at more than $2 billion.

Like many investors, I think Epidiolex will win FDA approval. Also like many investors, I look forward to seeing the early sales figures for Epidiolex later this year. My take is that the drug should become a blockbuster within the next few years. If so, GW Pharmaceuticals stock still has room to move higher. But if the optimistic views of Epidiolex’s potential are on target, GW is a marijuana stock that could be a really big winner in the future.