Note: Subscribers to the Total Pharma Tracker got an early look at this article, as well as access exclusive notes offering my opinions on the end game for these companies. You can try for free and join this conversation!

In the first part of this article (click here to read if you haven’t had a chance yet), I broke down the promise of Loxo Oncology’s (NASDAQ:LOXO) lead agent, larotrectinib.

But there’s still so much more to say about this company, in particular regarding its other Trk inhibitor, currently dubbed LOXO-195. So let us discuss today! 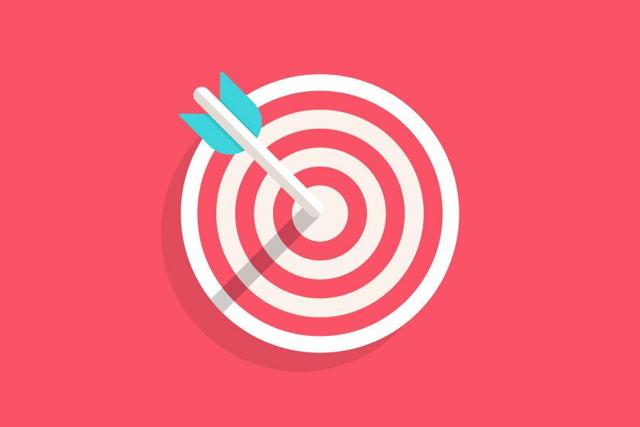 So why go beyond larotrectinib?

So if we have this magic bullet for NTRK-positive cancers, then why are they bothering to research another Trk inhibitor, LOXO-195?

And why did Bayer (OTCPK:BAYRY) buy this drug, too?

Unfortunately, in most cases, resistance is inevitable at some point, even if you attain a strong response that lasts a while. It is a near-truism that patients will eventually acquire resistance to kinase inhibitors, except in rare exceptional circumstances and treatment settings like chronic myeloid leukemia, where a lot of patients can have a persistent remission for years and years.

Consider that the published phase 1 study for larotrectinib, despite its high response rate, only showed a 16% “complete” response rate. That is, according to the investigator response, they are unable to find any signs of tumor using radiographic assessment.

While “partial” responders can have very stable response for a long time, it does suggest that there is a large population of patients whose tumors find a way to evade larotrectinib treatment.

But how? I said at the outset that these tumors rely strongly on Trk signaling, which is why these drugs work so well against NTRK-positive cancers. In the New England Journal article, the authors explored potential explanations for the resistance conferred, and they arrived at an unsurprising finding: the Trk receptor itself was mutating in such a way that larotrectinib could not bind anymore.

It’s a tale as old as targeted therapy. Tumors employ these “point” mutations routinely as part of the anticancer arms race against kinase inhibitors, and it’s why we have so many “generations” of targeted therapy in different tumor contexts (see: imatinib versus nilotinib/dasatinib in CML, or crizotinib versus alectinib/ceritinib in lung cancer).

And so LOXO has anticipated this challenge, and work is already well under way for a second-generation kinase inhibitor called LOXO-195. This agent, a “next-generation” Trk inhibitor, has been shown in preclinical study to overcome the mutations that cause resistance to larotrectinib. And it’s also already in clinical trials for patients who have been exposed to another Trk inhibitor and yet still have the NTRK fusion.

So first, a disclaimer: LOXO-195 is nowhere near approval like larotrectinib is. The clinical study has no guarantee of panning out. And it’s likely that the drug will not have the same safety profile as larotrectinib, which was quite mild.

In fact, we often observe (though not always) that new generations of targeted therapy carry greater efficacy at the expense of increased toxicity. In the case of drugs like ponatinib, this can be a severe impediment to the wide use of said drug.

That said, LOXO-195 has significant potential to address what will undoubtedly be a big problem for larotrectinib: acquired resistance to therapy. How can we predict what the market size might be?

Well, taking a 10% market penetration again, and assuming the same benchmark price of $13,000 per month, it would be generally safe to assume that the partial responders to larotrectinib therapy are the most likely to need follow-on therapy. In larotrectinib’s published results in The New England Journal of Medicine, 64% of patients achieved a partial response. So of the 15,000 estimated new cases of NTRK-positive cancer per year, and of the 1500 who I proposed might receive therapy soon, LOXO-195 would potentially be given to 960 patients per year, which would translate into sales of around $150 million per year in the initial stages of commercialization, which is not a bad place to start for a second-generation drug.

Putting it together for LOXO

So, if you’re a prospective buyer into LOXO, there is quite a bit to consider. First, you have a strong likelihood of approval of what is likely to evolve into a blockbuster. Certainly, it is a game changer in oncology. Moreover, you have a follow-up drug that is also showing some serious potential to address concerns about resistance.

But on the other hand, the sales are going to be undercut by the agreement with BAYRY, as LOXO stands to gain only 50% of the sales in the US and a relatively small royalty outside the US.

So, is the $3.5 billion market cap justified? Certainly, it speaks to how favorably the market values an upcoming drug approval. But if we ignore the ex-US sales for now, LOXO will capture 50% that loosely projected $234 million in sales, meaning it’s bringing in some $117 million per year.

If we made the math simple and called that earnings, then with the company’s 30.3 million shares, the earnings per share would sit around $3.86, which would be a P/E of around 32. This is not completely crazy for a biotech with a potentially high growth ceiling (earnings could be substantially higher in the near to long term, of course). However, we do not know what the actual earnings will be after cost of goods and taxes, so it would be premature to pontificate too much.

What is clear right now is that in the best-case scenario, as I see it, LOXO is valued fairly right now, and the company has enough cash that I don’t see dilution of shareholders being a particular concern.

So, it is clear that LOXO brings something of value to the table. Would it bring value to your portfolio? That depends on how you feel about my potential projections. Those who feel I am being overly pessimistic might consider a buy at these levels, although I will point out that the stock is currently sitting at an all-time high on the recent news that the rolling NDA was completed for larotrectinib. Therefore, a general retracement would not surprise me in the least as markets come to understand better the potential and limitations of the company’s first drug.

On the other hand, maybe you feel that my forecast is too pessimistic. For sure, with the BAYRY machine pushing LOXO forward, the company might be able to propel itself more quickly into a better-than-10% market penetration, in which case earnings could end up quite a bit higher than what I projected. Then, there’s the possibility that BAYRY could buy LOXO out altogether, with a deal that would easily exceed the current market capitalization of LOXO. What the best deal there might be is anyone’s guess, but the total market potential for larotrectinib is easily in the billions of dollars, so a deal of between $7 and $10 billion seems reasonable at first blush.

But LOXO is not without its risks. As always, there is no guarantee at all as to whether larotrectinib will be approved based on these relatively early-era findings. I feel that the chances are very high, given the unmet need and the landmark data we’ve seen so far, but if the FDA even gives a sign that it’s wavering, expect to see a serious market valuation hit.

Beyond that, there is also no guarantee for LOXO-195, and this is even more of an unknown, as we need to see the safety findings and whether it can actually address the problems associated with resistance.

Also, the partnership with BAYRY brought a lot of upfront money to the table for LOXO, which cut down the risk for this equity substantially. But this came at the cost of potential earnings growth, and if the drug cannot achieve significant market penetration, then LOXO stands to take a deeper valuation hit than would a pharma company that completely owns a drug. Furthermore, LOXO’s pipeline in the near term rests entirely on Trk inhibitors. Competition in this space (say, from Ignyta’s (OTCQX:RHHBY) entrectinib) could easily eat into the potential earnings.

So LOXO sits in an odd place. It is a shoe-in success with the FDA, in my opinion, and the company’s second at bat drug is looking about as good as one can look at this stage in the game. However, LOXO is valued very high considering what the market potential appears to be. So as of this writing, the stock may have some room to fall, considering it’s sitting at an easy all-time high.

But I can state with absolute certainty that LOXO is a company that should be on your radar as a biotech investor. It has significant potential, even with the risks, and if the company can realize a substantial market penetration, then it is currently a pretty deep bargain. So I think you should be interested, but don’t buy just on the seeming inevitability of its drug approval alone!