Wednesday was a generally favorable day for the stock market, with modest gains for most major benchmarks even as the Russell 2000 once again hit intraday record highs. Most investors’ attention was focused on the retail sector, where an especially strong performance from department store giant Macy’s suggested that the long period of difficult conditions for brick-and-mortar retailers might finally have come to an end. Ongoing concerns about other factors — including the move in the 10-year Treasury yield above the 3% mark and the outcome of a possible summit between U.S. and North Korean leaders — helped keep the gains somewhat in check. But some companies had good news that sent their shares sharply higher. Under Armour (NYSE:UA) (NYSE:UAA), Boot Barn Holdings (NYSE:BOOT), and Abaxis (NASDAQ:ABAX) were among the best performers on the day. Here’s why they did so well.

Under Armour gets an assist

Class A and C shares of Under Armour gained 9% and 7%, respectively, on news that the athletic apparel and footwear specialist will expand one of its most popular product lines. The company said that it will release another special edition Curry 5 model of sneakers later this week, timing well with basketball star Steph Curry’s appearance in the NBA Western Conference finals. The move adds some momentum after an Under Armour executive late last week made insider purchases of stock amounting to almost half a million dollars. Under Armour still faces plenty of competitive pressure, but news like this serves to remind investors of the power of the company’s brand and its potential to turn itself around in time. 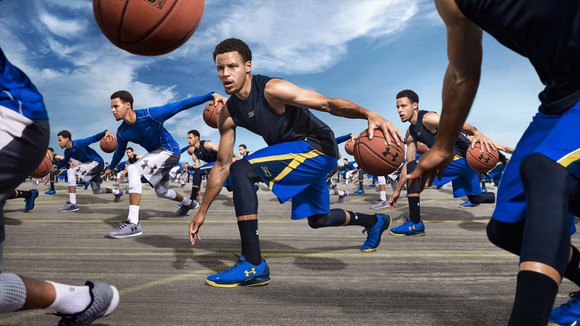 Boot Barn has a good report

Boot Barn Holdings stock jumped nearly 12% after the Western wear retail specialist reported its fiscal first-quarter financial results. Even a modest $800,000 profit on a 1.3% increase in comparable-store sales was enough to make shareholders in Boot Barn happy, with expansion having helped to boost overall revenue by nearly 5% from the year-ago quarter. As stereotypical as it might sound, Boot Barn said that the rise in crude oil prices has made a meaningful difference in stores that are located within key energy-producing areas of the country. At the same time, Boot Barn has made a push to grow its digital presence, and it thinks those efforts will keep bearing fruit throughout the remainder of the fiscal year.

Abaxis gets an offer

Finally, shares of Abaxis picked up 16%. The veterinary diagnostics company received a buyout bid from animal health giant Zoetis (NYSE:ZTS) for a deal worth about $2 billion. Under the terms of the bid, Zoetis will pay Abaxis investors $83 per share in cash, representing a modest premium to where Abaxis stock closed prior to the announcement. For Zoetis, the deal will help to flesh out its animal health offerings while accelerating growth in key regions. Abaxis has been doing quite well independently, but executives see the purchase giving the business a chance at faster growth under the Zoetis corporate umbrella going forward. 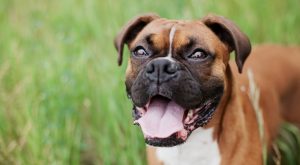 The deal will have Zoetis Inc spending a total of $2 billion in cash to acquire Abaxis Inc. This values ABAX stock at $83 per share. The offer from ZTS represents a 15% premium to the closing price for ABAX stock on Tuesday.

Zoetis Inc. says that its acquisition of Abaxis Inc will allow it to strengthen its business in the veterinary diagnostics market. This area has seen a compound annual growth of 10% over the last three years.

Zoetis Inc. notes that it is expecting this new acquisition to allow it to further expand the products that it offers to vets throughout the more than 100 countries that it operates in. It also says that the acquisition lines up with its previously announced strategy of spending capital on “complementary, high-growth segments of animal health industry.”

According to Zoetis Inc, the acquisition of Abaxis Inc will have an effect on its reported earnings for 2018. When it comes to adjusted earnings for the year, ZTS says it isn’t expecting any material impact from the deal.

Zoetis Inc. still needs to complete customary closing conditions before it can complete its acquisition of Abaxis Inc. This includes approval from regulators. If all goes well, the company is expecting to complete the deal before the end of the year.

ABAX stock was up 15% and ZTS stock was down slightly as of noon Wednesday.

As of this writing, William White did not hold a position in any of the aforementioned securities.

According to Zacks, “Ov

Shares of Abaxis (NASDAQ:ABAX) have been assigned a consensus rating of “Hold” from the eleven research firms that are presently covering the stock, MarketBeat.com reports. One equities research analyst has rated the stock with a sell recommendation, seven have given a hold recommen

State Board of Administration of Florida Retirement System lowered its holdings in Abaxis (NASDAQ:ABAX) by 23.6% during the 1st quarter, Holdings Channel reports. The firm owned 12,411 shares of the medical research company’s stock after selling 3,824 shares during the quarter. State Board

Wednesday was a generally favorable day for the stock market, with modest gains for most major benchmarks even as the Russell 2000 once again hit intraday record highs. Most investors' attention was focused on the retail sector, where an especially strong performance from department store giant