In 2011, Starbucks (NASDAQ:SBUX) reasserted control over its consumer packaged goods (CPG) business, after accusing longtime partner Kraft of mismanaging the brand. This move proved costly, as an arbitrator eventually ordered Starbucks to cough up nearly $2.8 billion as compensation for terminating its deal with Kraft. Nevertheless, Starbucks’ visionary leader Howard Schultz said that paying this price would be worth it in the long run.

Since then, the “channel development” segment has been a key driver of profit growth for Starbucks. However, the company announced a big strategy shift this week. Consumer-goods giant Nestle (NASDAQOTH:NSRGY) will pay more than $7 billion for a perpetual license to market and sell Starbucks coffee and tea in the CPG and food-service channels. Let’s take a look at why Starbucks is reversing course and teaming up with a new CPG partner.

Consumer packaged goods has been a winning business

The CPG business has been one of Starbucks’ big success stories over the past few years. Starbucks is the top premium brand in the U.S. for single-serve coffee pods, roast and ground coffee, and ready-to-drink coffee. The Starbucks brand has also been the biggest contributor to the growth of the at-home coffee market in recent years.

This momentum has helped Starbucks’ channel development segment — which includes all of the company’s CPG and food-service activities — achieve strong revenue and earnings growth.

Between fiscal 2013 and fiscal 2016, channel development net revenue rose from $1.4 billion to $1.9 billion, while the segment’s operating margin surged from 30% to 42%. This caused segment operating income to nearly double from $415 million to $793 million. 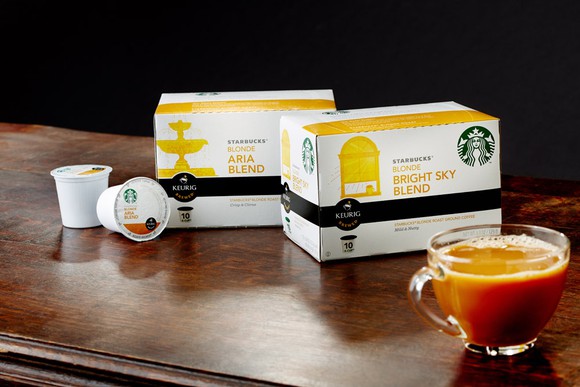 The CPG channel has been a key profit growth driver for Starbucks. Image source: Starbucks.

At the company’s 2016 investor day, Starbucks set a goal of reaching $3 billion in net revenue from the channel development segment by fiscal 2021, while continuing to expand its segment margin. So far, it has achieved mixed results in pursuing these ambitious goals. During fiscal 2017, the channel development segment achieved further margin expansion, but its revenue growth slowed to just 3.9% (or about 6%, excluding the impact of a 53rd week in fiscal 2016).

Under the terms of the deal with Nestle, Starbucks will maintain its existing partnerships for distributing ready-to-drink coffee, tea, and juice. However, it will turn over control of the rest of its CPG and food-service business to Nestle.

In the U.S. market, Nestle may be able to use its heft to get more shelf space at grocery stores or expand to new retail outlets. That said, Starbucks is already hugely successful in the U.S., so it’s not clear that this partnership can unlock substantial revenue synergies in the domestic market.

Instead, the main strategic rationale for teaming up with Nestle is that it will propel the growth of the Starbucks brand outside of the United States. Starbucks currently has a CPG presence in 28 countries around the world, whereas Nestle serves nearly 190 countries. Thus, Nestle has a platform to quickly accelerate international sales of Starbucks CPG products.

Perhaps Starbucks could create a truly global CPG distribution network on its own, but it would have been expensive and time-consuming. Furthermore, Starbucks executives have bigger fish to fry, such as overseeing expansion in China and reinvigorating domestic comparable-sales growth.

The price was right

The biggest rationale for Starbucks to partner with Nestle was simply that the price was right. Starbucks CFO Scott Maw described the valuation of the deal as “very, very compelling” in an interview with The Wall Street Journal (subscription required).

The exact earnings multiple of the deal is unclear because Nestle isn’t getting the full profit stream from the businesses it is acquiring. (Starbucks will continue to supply the coffee and will earn ongoing royalties from Nestle.) However, Starbucks has stated that the deal will be accretive to earnings per share by the end of fiscal 2021, due to a combination of faster share buybacks (driven by the cash infusion from Nestle) and growth in its royalty payments.

Nestle was willing to pay a big premium because it hasn’t been able to crack the U.S. coffee market on its own, and it sees plenty of runway for growth in packaged coffee. Starbucks is cashing in on Nestle’s desperation, and taking this opportunity to refocus on its core cafe business. 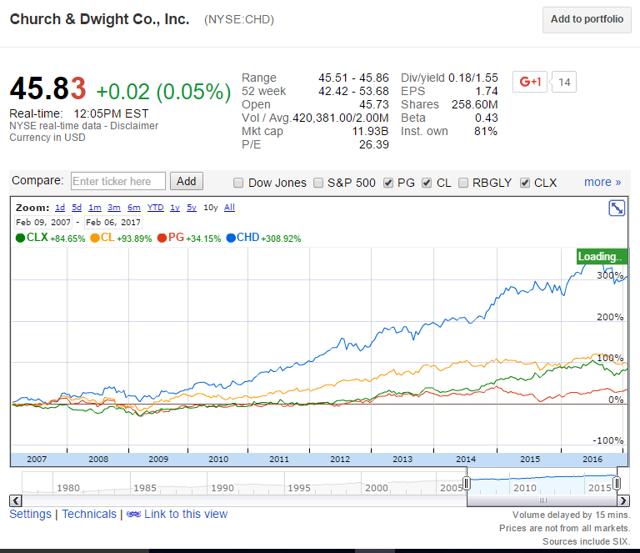 Church & Dwight (NYSE: CHD) offers an opportunity to invest in the ongoing consumer product dividend grower trend without the hype and attention focused on other names. The company's smaller market cap and lower dividend deflect attention from its fundamentals, which should allow it perform a

In 2011, Starbucks (NASDAQ:SBUX) reasserted control over its consumer packaged goods (CPG) business, after accusing longtime partner Kraft of mismanaging the brand. This move proved costly, as an arbitrator eventually ordered Starbucks to cough up nearly $2.8 billion as compensation for terminat 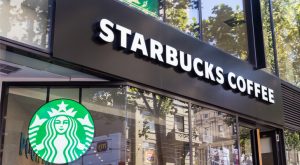 European stocks inched higher on Monday, boosted by a round of well-received earnings reports and an advance for heavyweight Nestl茅 after the consumer goods giant announced a deal to sell Starbucks products worldwide.