After a delay in launching Glatopa 40 mg resulted in competition, Momenta Pharmaceuticals (NASDAQ:MNTA) has decided to conduct a strategic review to determine where it should put its limited cash resources — presumably partnering or selling the remaining less-important assets — making for a rather abstract first-quarterearnings update.

What happened with Momenta Pharmaceuticals this quarter?
Revenue decreased year over year due to lower sales of Glatopa 20 mg, the daily version ofTeva Pharmaceutical’s(NYSE:TEVA)multiple sclerosis drug Copaxone, after Mylan (NASDAQ:MYL) got its version of the drug approved. There was also a $9.8 million deduction from the 50% partnership with Novartis (NYSE:NVS) for inventory reserves for Glatopa 40 mg, the three-times-a-week version. Despite the competition, Novartis still has 40% of the 20 mg market, but the competition has resulted in lower prices. Momenta and Mylan, which in addition to being competitors for Copaxone generics are also partners for their biosimilar program, continue their investigation into why M834, a copycat ofBristol-Myers Squibb’s Orencia, failed a phase 1 trial in November. After discussing plans with the FDA, Momenta said it’s going to run proof-of-concept studies testing M281, which lowers immunoglobulin G (IgG) levels, in two different diseases. One trial will be in a disease for which lowering IgG levels has already been shown to help patients, such as myasthenia gravis, idiopathic thrombocytopenic purpura, or pemphigus. And for the second trial, the plan is to test M281 in a disease for which there is no currently approved treatment, potentially allowing a quicker route to approval, albeit with potentially more risk. 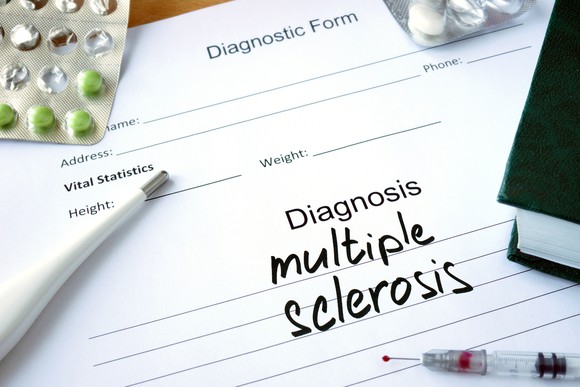 Craig Wheeler, Momenta’s president and CEO,explained why the biotech plans to test M281 in a disease for which the drug’s mechanism of action has already been determined to be beneficial: “Our goal is to demonstrate the potential of our molecule in an area where the target has been validated and hopefully demonstrate that our higher potency and strong safety profile translates into best-in-class efficacy.”

Wheeler also highlighted a preclinical drug, M254, with high potential that will enter phase 1 trial in the second half of the year:

In animal models, we can reproduciblydemonstrate up to 10 times the potency of IVIG [intravenous immunoglobulin]. If we can do this in humans, it will be a game-changer for the IVIG marketplace, which today is a global supply constrained market with over $4 billion in sales in autoimmune indications. IVIG in autoimmune indications is a very difficult therapy for patients, often requiring infusions over one or more days with challenging side effects. A drug with a fraction of the volume and infusion time and with the potential to dose higher for better efficacy could create meaningful value for patients and our investors.

Momenta plans to complete its strategic review by the end of this quarter, so investors won’t have to wait too long to see what’s on the chopping block. Once the biotech extends its cash runway, it’ll just be a waiting game as the company’s pipeline of biosimilars and proprietary drugs make it through the clinic, and hopefully on to the market in a few years.