The advent of smaller and more powerful chips has placed supreme needs for advanced process control metrology and inspection systems. With more than 14 systems divided into segments such as automated, integrated, analysis and material characterization, Nanometrics (NANO) has successfully placed itself as a top performing process control metrology and inspection systems provider. Nano’s flagship automated system Atlas III is adopted by all of the major 3D-NAND manufacturers and two of the largest DRAM manufacturers. Having almost all major global chip manufacturers as customers and stepped-up investments in R&D, I think Nano can touch its own revenue growth expectation of 20% yoy economically. My valuation model indicates that the current intrinsic value of Nano is $33.55 per share, which shows that the share is overvalued by roughly $3.5 a share (Nano is $37.05 at the time of writing this article). However, relative value analysis shows varied results depending on the specific multiple. While P/B and EBITDA indicate Nano is slightly undervalued, P/E indicates that it might be otherwise. To better reflect the data, I have determined the upper and lower range by using 95% confidence interval after which Nano looks fairly priced from an overall relative value perspective. Further investigation into business prospects and financial analytics indicates that the firm has a good potential for high-growth portfolios. However, because my DCF indicates that there is room for slight correction in the market, it’s better to hold Nano if you are currently invested in, and do not enter new positions if it doesn’t at least partially converge to its intrinsic value.

Related GOOGL Battery Capacity Over The Years: How Will Goodenough's New Invention Stack Up? Amazon May Be Unable To Achieve The Same Dominance In Cloud It Enjoys In Retail As Easy As ABC – Alphabet Is A Buy! (Seeking Alpha)

Alphabet Inc (NASDAQ: GOOGL)'s Google is betting heavily on sunshine with its Project Sunroof. As environmental issues take the center stage, alternative clean energy sources such as solar energy are gaining traction. And Google isn't one to pass off a promising opportunity.

Having started the project in August 2015, Google sees this avenue as providing it with the leeway to leverage its expansive data in mapping and computing resources to help calculate the best solar plan for consumers. Founded by Google engineer Carl Elkin, the project's stated purpose is "mapping the planet's solar potential, one roof at a time." 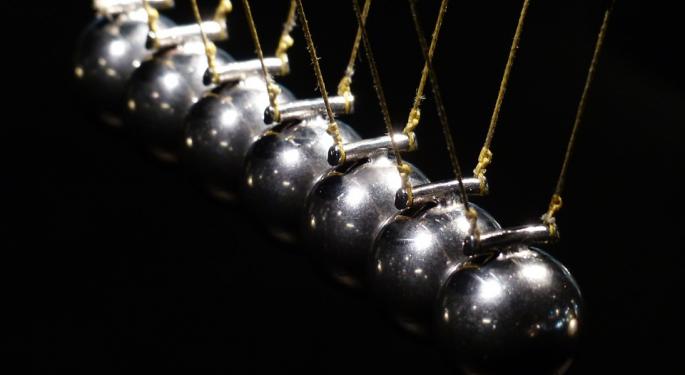 Today we want to discuss momentum investing as a strategy. In this first article will be discussing how we apply our proprietary trend following models to remain in th

There was an interesting story on Axios on Friday that I highly recommend to read if you are in some way invested in the U.S. healthcare sector - and I believe it contributed to yet another biotech sell-off. The IBB (NASDAQ:IBB) is down 3.5% as I write.

The U.S. healthcare system with its

The current results from our test model show slight performance improvement relative to the S&P 500 index:

Brinker Capital Inc. increased its position in Express Scripts (NASDAQ:ESRX) by 11.3% in the 1st quarter, according to the company in its most recent disclosure with the Securities and Exchange Commission (SEC). The firm owned 84,842 shares of the company’s stock after purchasing an addit

Recently, it was announced that Amgen (AMGN) and its partner Novartis (NVS) had received FDA approval for Aimovig for migraine prevention. This a huge first mover advantage in this arena, which should bode well on getting a good lead against competitors. This should be a good push in revenue for