Facebook wants you to know when someone is trying to steal your data.

The social network unveiled on Wednesday a security feature that lets you see a list of recent emails sent by Facebook.

Hackers often send emails disguised as messages from companies like Facebook to trick users into giving them login and password information. The tactic, called phishing, is common among cybercriminals.

Now, if you receive an email from an address that appears to be Facebook (FB) — but don’t recognize the activity or the alert — a tool in its Security and Login section in Settings will tell you if it’s legit.

If the email claiming to be from Facebook isn’t listed there, you’ll know it’s fraudulent.

Facebook sends security emails from the domain “Facebookmail.com,” offering another way to check its authenticity. But if you don’t recognize the domain or sender, you can report the issue directly to Facebook.

Wireless communications giant AT&T Inc. (NYSE:T) is set to report second-quarter fiscal 2017 earnings results after the closing bell Tuesday. And, T stockholders are looking for confirmation that AT&T deserves more time to deliver the value the company has promised from its numerous deals.

T stock closed Friday at $36.51 and has fallen more than 14% year to date, not only trailing the 10% rise in the S&P 500 index, but also the better than 9% and 1% respective year-to-date returns delivered by T-Mobile US Inc (NASDAQ:TMUS) and Sprint Corp (NYSE:S).

It’s been a rough year or so for gun makers. Absent the fear among gun owners that the federal government will in some way restrict gun purchases and ownership, gun sales have tanked.

In an exclusive report, Reuters cites people familiar with the matter who say that iconic gun maker Remington Arms is searching for financing to allow the firm to file for bankruptcy protection. Remington has been trying to restructure its $950 million debt load ahead of a $550 million term loan maturing next year.

But the company’s debt load is just one part of Remington’s problem in rounding up financing. The other big issue is reputation risk.

The firearms maker is controlled by private equity firm Cerberus Capital Management and, cccording to Reuters, some of the firm’s investors refused to put more money into Remington following the school shooting in Sandy Hook, Connecticut, that left 20 children and 6 adults dead. A Remington Bushmaster rifle was used in the killings.

This article is reprinted by permission from NextAvenue.org.

A lot of news about cancer shines the spotlight on new and exciting drugs or treatments. Lost in the shuffle is something scientists have long known: lifestyle plays a big role in the prevention of many types of cancer.

Such a strong role, in fact, that a recent study in the journal JAMA Oncology suggests four key lifestyle habits not smoking, exercising regularly, keeping weight at a healthy level, and drinking in moderation could potentially cut cancer deaths in half. Thats right: 50% of all cancer deaths might be prevented with some simple changes in the way you eat, drink and live.

Top 10 High Tech Stocks To Own For 2019: Discovery Communications, Inc.(DISCB)

Top 10 High Tech Stocks To Own For 2019: Occidental Petroleum Corporation(OXY)

Top 10 High Tech Stocks To Own For 2019: Progenics Pharmaceuticals Inc.(PGNX)

Discovery (NASDAQ:DISCB) announced its quarterly earnings results on Tuesday. The company reported $0.53 earnings per share (EPS) for the quarter, beating the consensus estimate of $0.40 by $0.13, Morningstar.com reports. Discovery had a negative net margin of 7.40% and a positive return on equity of 19.34%. The company had revenue of $2.31 billion for the quarter. 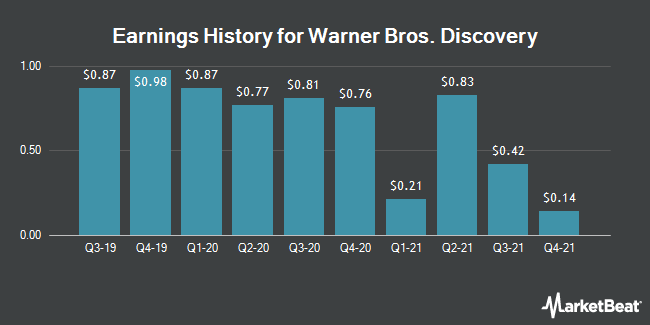