Goldman Sachs says it’s time to Allergan (AGN). Analyst Jami Rubin and her team added the beaten down specialty drug maker to the firm’s Conviction List, arguing that the company is primed for growth with a best in class pipeline that features more than 70 “ unique assets featuring several first-in-class or best-in-class candidates.”

What kind of returns does Rubin expect? She sees the stock reaching $275 in 12 months, which is a 24% return.

We believe AGN is on track to deliver sustainable topline growth with operating margin expansion. We see AGN’s revenue growth supported by a balanced mix of 70/30 volume/price for key products with net pricing limited to low single digits. We expect two important catalysts to unlock considerable shareholder value in the next few months. First, we believe investor concern around closing the TEVA deal can be mitigated by progress being made with the FTC review, which is complete for marketed drugs and nearly complete for the pipelines including remedies. Second, management expects to execute on $4- $5bn of share repos pending deal close and could do another $4-$5bn based on the $10bn authorized. We believe AGN management is listening to shareholders and placing capital deployment priorities on unlocking value by investing in the most attractive assets available – AGN shares.

Intuitive Surgical, Inc. designs, manufactures, and markets da Vinci surgical systems for various surgical procedures, including urologic, gynecologic, cardiothoracic, general, and head and neck surgeries. Its da Vinci surgical system consists of a surgeon?s console or consoles, a patient-side cart, a 3-D vision system, and proprietary ?wristed? instruments. The company?s da Vinci surgical system translates the surgeon?s natural hand movements on instrument controls at the console into corresponding micro-movements of instruments positioned inside the patient through small puncture incisions, or ports. It also manufactures a range of EndoWrist instruments, which incorporate wrist joints for natural dexterity for various surgical procedures. Its EndoWrist instruments consist of forceps, scissors, electrocautery, scalpels, and other surgical tools. In addition, it sells various vision and accessory products for use in conjunction with the da Vinci Surgical System as surgical procedures are performed. The company?s accessory products include sterile drapes used to ensure a sterile field during surgery; vision products, such as replacement 3-D stereo endoscopes, camera heads, light guides, and other items. It markets its products through sales representatives in the United States, and through sales representatives and distributors in international markets. The company was founded in 1995 and is headquartered in Sunnyvale, California.

Buffalo Wild Wings, Inc. engages in the ownership, operation, and franchise of restaurants in the United States. The company provides quick casual and casual dining services, as well as serves bottled beers, wines, and liquor. As of July 26, 2011, it had 773 Buffalo Wild Wings locations in 45 states in the United States, as well as in Canada. The company was founded in 1982 and is headquartered in Minneapolis, Minnesota.

Nordstrom, Inc., a fashion specialty retailer, offers apparel, shoes, cosmetics, and accessories for women, men, and children in the United States. It offers a selection of brand name and private label merchandise. The company sells its products through various channels, including Nordstrom full-line stores, off-price Nordstrom Rack stores, Jeffrey? boutiques, treasure & bond, and Last Chance clearance stores; and its online store, nordstrom.com, as well as through catalog. Nordstrom also provides a private label card, two Nordstrom VISA credit cards, and a debit card for Nordstrom purchases. The company?s credit and debit cards feature a shopping-based loyalty program. As of September 30, 2011, it operated 222 stores, including 117 full-line stores, 101 Nordstrom Racks, 2 Jeffrey boutiques, 1 treasure & bond store, and 1 clearance store in 30 states. The company was founded in 1901 and is based in Seattle, Washington.

Good day, everyone, and welcome to the Exela 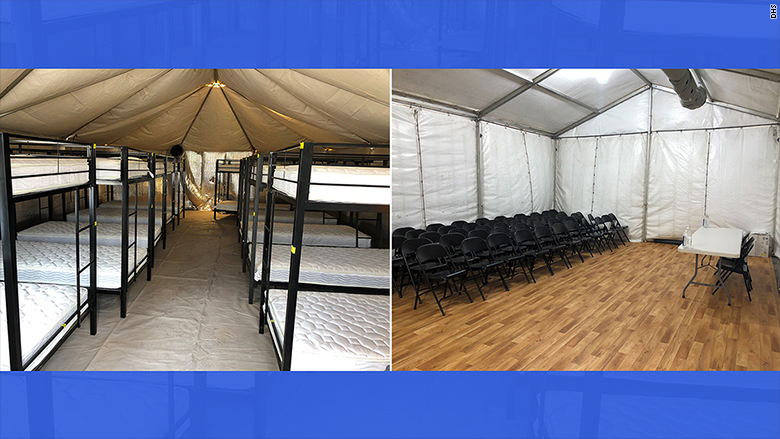 This is why there are so few pictures of migrant children 2018-08-02 02:29:02
We're still not seeing the full story of President Trump's so-called "zero tolerance" immigration policy.

Trump on Thursday hinted that he's "making progress" toward a campaign pledge of reversing Carrier Corp.'s plan to shutter its Indianapoli