SunPower Corporation’s (NASDAQ:SPWR) corporate transformation continues, and the financial results can be lumpy for investors. In the first quarter of 2018, revenue was up 19.1% to $391.9 million, but net loss was $116.0 million, or $0.83 per share. Even on a non-GAAP basis, which pulls out one-time items like stock compensation and above-market raw material contracts, the loss was $0.20 per share.

What makes SunPower’s quarterly earnings complicated today is that the company is shedding project assets from its balance sheet, sometimes at a loss, and moving to a business model that relies more on selling components to third-party developers rather than building projects itself. Long term, that should mean better margins, a faster turnover of cash, and more money going into expanding manufacturing capacity. But the transition takes time.

Here’s a look at how each segment of SunPower’s business is performing and how it fits in with the long-term strategy. 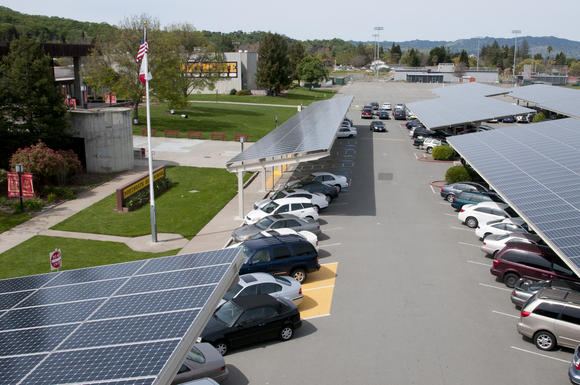 Residential solar is the star

Management said that favorable pricing in Europe and Japan helped margins in the quarter, overshadowing any weakness in the U.S. from solar tariffs. We haven’t yet seen the full impact of tariffs because, before they took effect, SunPower imported enough solar panels to last to midyear. So, strong demand is good, but expect margins to struggle if a tariff exemption isn’t granted by the Trump Administrationin the next month or two.

The notable improvement coming down the pipeline for residential solar is a product SunPower is calling next generation technology (NGT) solar panels. They’ll have efficiency similar to the current X-Series (about 23%), but 40% lower manufacturing costs. That could help push gross margins over 20% long term.

Residential solar is definitely SunPower’s best business today and it looks like the financials are going to get better as NGT products hit the market later this year.

Commercial solar is an improving segment for SunPower, where it is No. 1 in market share. Revenue in the commercial segment was down 1.6% in the first quarter to $131.8 million, and gross margin improved 2.7 percentage pointsto 6.3%. That may not sound impressive, but the business is trending in the right direction, and it will benefit as NGT solar panels are rolled out into the market.

What I found impressive was that energy storage was included in nearly 30% ofnew bookings in the quarter. Storage is an incremental revenue stream that doesn’t require additional solar manufacturing capacity, so any momentum in storage will help the top and bottom lines.Management also said that 100% of 2018 commercial solar capacity is booked or awarded, and the pipeline of future potential bookings is an impressive $2.5 billion.

Commercial solar is arguably the most important segment for SunPower going forward because it can leverage the company’s high-efficiency solar panels given the limited roof space of commercial buildings. And the business segment clearly has a lot of room for margin improvement. Slowly, it looks like operations are heading in the right direction.

The toughest business for SunPower today is the power plant segment, where the company is winding down its development business. Going forward, SunPower will focus on selling solar panels and equipment like racking and panel cleaners to power plant developers around the world. But right now, project sales are hurting results.

In the first quarter, revenue was down 39.2% to $97.7 million, but gross margin was a negative 14.1% because of some project sales that hit in the quarter. Rising interest rates and falling project values have plagued solar developers for years and since projects can take years to build they are having a long lasting impact on SunPower’s income statement. 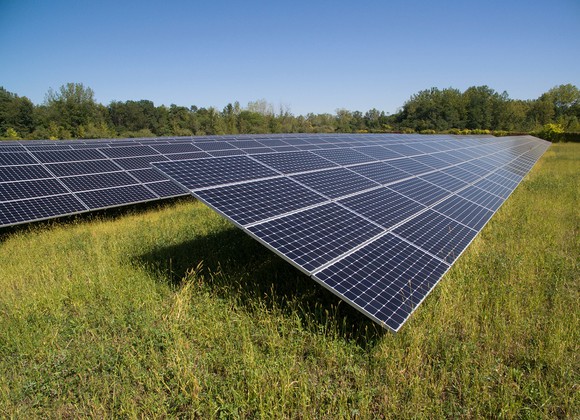 On the future booking side, SunPower has won over 850 MW of contracts for future component sales to third-party developers, including a 145 MW project in Hawaii.These sales have a more predictable margin than the systems development generating negative margins today and aren’t dependent on factors out of SunPower’s control like interest rates.

For the year, SunPower expects to ship 1,000 MW of solar panels to power plant developers in 2018. And it expects to exit the year with over 2,000 MW of capacity in the P-Series solar panel that’s intended for the power plant market. The panel uses commodity solar cells shingled in way that boosts efficiency compared to commodity panels using the exact same cells. Capacity is being expanded in the U.S., Mexico, and China; if all goes well, this will be a growth business for years to come.

The $116.0 million loss in the first quarter is definitely bad for SunPower, but the future is looking brighter. Margins should improve as NGT solar panels are rolled out into the residential and commercial markets and fewer money-losing project sales along with increased P-Series production for power plant customers will help the power plant business.

Management also seems to think conditions are getting better, increasing full-year EBITDA guidance from “positive” in February to a range of $75 million to $125 million given after the first quarter. For all its struggles the past two years, financial conditions finally look like they’re going to start improving for SunPower.