Spanish employment recorded the worst start to the year since 2014 despite a strong economic recovery and an Easter week boost.

Where Are the Jobs? 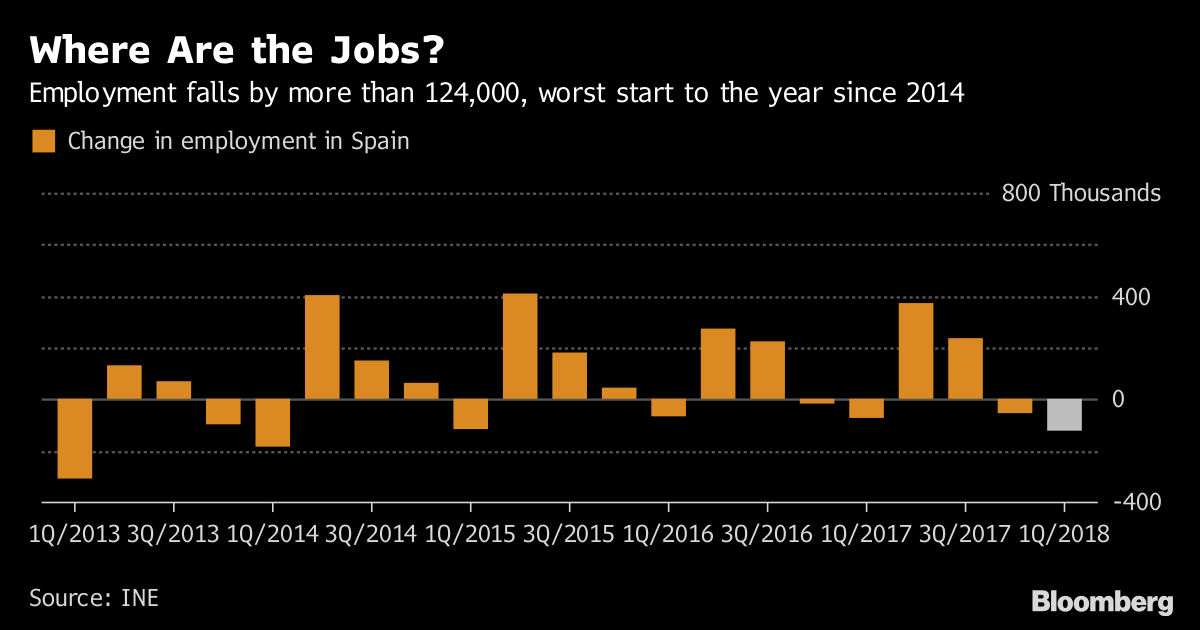 The number of people in work fell by 124,100 to 18.874 million in three months to March, according to data released by the National Statistics Office on Thursday. While the first quarter is traditionally a weak period for employment in Spain, the decline this year came despite an early Easter week in March that should have benefited services jobs.

The overall rate of unemployment unexpectedly rose to 16.74 percent, compared with an estimated decline to 16.45 percent in a Bloomberg survey of economists. From a year earlier, unemployment fell by almost half a million people.

The disappointing data contrasts with the Spanish government’s upbeat forecast that the rate will to fall to 15 percent this year. On Wednesday, Economy Minister Roman Escolano said the administration is confident Spain will hit its target of having 20 million employed by 2020.

“It’s a bad start for the year, job destruction was acute and job creation was mostly in the public sector, almost doubling that of the private sector,” said Valentin Bote, head of research at recruiting firm Randstad in Madrid.