Singapore’s economy grew at a faster pace in the first quarter than initially estimated, supported by a healthy manufacturing sector.

A surge in electronics demand underpinned the city state’s 3.6 percent expansion last year, but as the export boom starts to moderate, GDP growth is set to ease to a more sustainable pace. The trade ministry sees the economy expanding 2.5 percent to 3.5 percent this year, as growth broadens out to other sectors of the economy. That supports the central bank’s move to gradually tighten monetary policy this year. 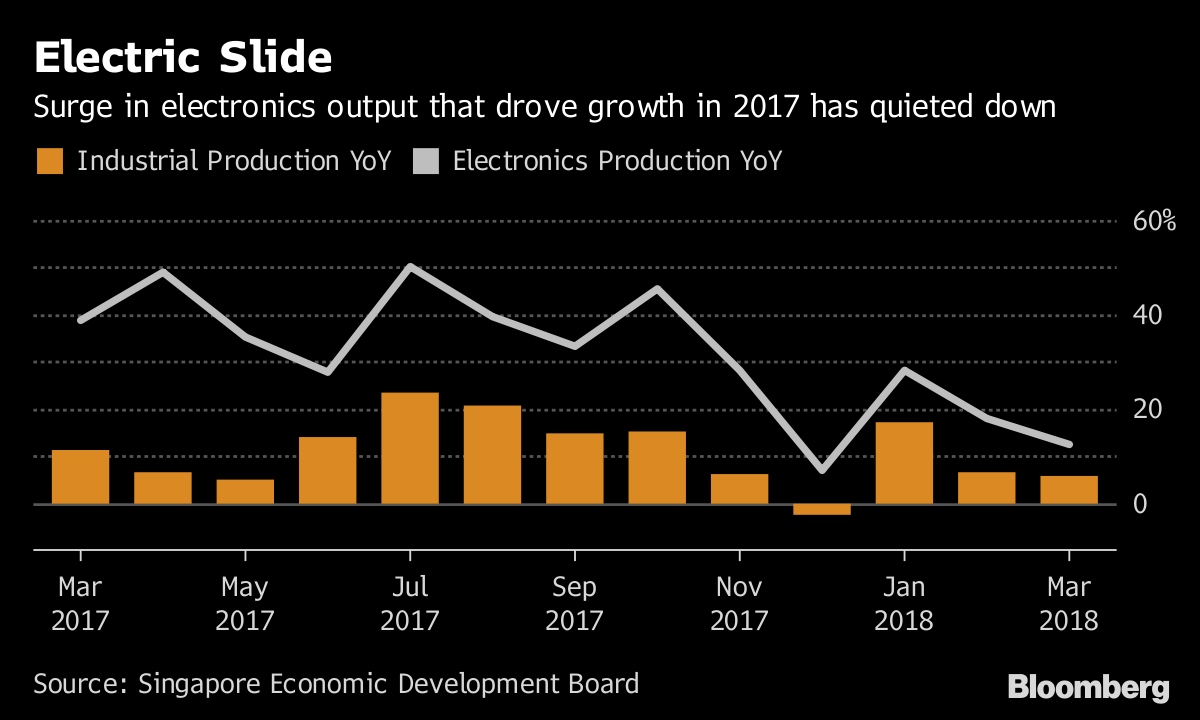 “On balance, the pace of growth in the Singapore economy is expected to remain firm in 2018, with growth supported primarily by outward-oriented sectors,” the trade ministry said in its statement. Solid growth in electronics and precision engineering clusters, although more moderate this year, will help sustain manufacturing, it said.

While growth has been concentrated in export-related industries, it’s expected to broaden out to domestic-focused sectors this year, such as retail and food services, as the labor market improves, the ministry said. Construction will probably remain lackluster, it said, “as the earlier weakness in construction demand, particularly from the private sector, is expected to continue to weigh on construction activities this year.”

Rising trade tension between the U.S. and China is among the biggest risks to global growth and export reliant Singapore. In addition, the ministry said the threat to emerging markets from rising U.S. interest rates is a key downside risk.

In a separate release, Enterprise Singapore maintained its forecast for non-oil exports to expand 1 percent to 3 percent this year.

— With assistance by Myungshin Cho