When Cameron Mitchell had his life-changing epiphany at the age of 19, he had pretty much hit rock-bottom. He had dropped out of high school, he was living with his mom and he was working two restaurants jobs in order to get by.

“I was lazy and going nowhere really,” said Mitchell. Punctuality for him was a problem, too. He had showed up late to work so many times in one month that it had resulted in a three-day suspension.

Then it hit him when he got back to work. “It was a busy Friday afternoon with pandemonium in the kitchen. Staff was changing from the morning to evening shift,” recalled Mitchell. “It was as if time froze. I thought, ‘I love this. I love being in a restaurant.'”

That night, Mitchell drew a road map with ambitious career goals for himself: executive chef by age 23, general manager of a restaurant by 24, vice president of operations by 30.

In the 35 years since that moment, Mitchell has far exceeded those goals. In fact, he has built a restaurant empire.

Mitchell, now 54, launched his privately held company Cameron Mitchell Restaurants in 1993 and now owns and operates 55 restaurants across the country offering everything from fine dining to steakhouses to gastropubs. His chain of casual dining restaurants known as The Rusty Bucket Restaurant & Tavern was launched in 2002 and now has 23 locations. Plus, he also operates a large catering business.

The combined businesses employ nearly 4,000 workers (more than half are full-time). The business is profitable, he said, and generates $300 million in annual revenue.

“For me, the goal was never to build just one restaurant,” said Mitchell.

She built a $2 million company while raising 14 kids

Still, becoming a successful entrepreneur was the last thing on his mind when Mitchell was growing up in Columbus, Ohio.

“I was a high school dropout, a runaway, I was last in my class and I took drugs,” he said.

The downward spiral began after he turned nine and his parents separated. “I started smoking in 7th grade and doing drugs and alcohol by 8th grade,” said Mitchell. 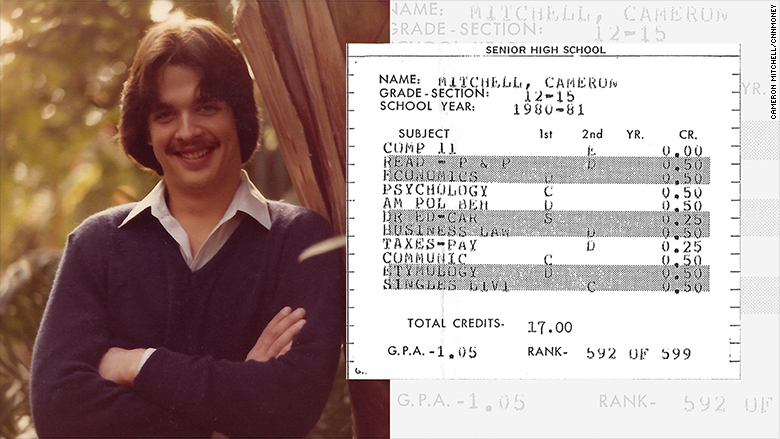 Mitchell didn’t graduate with his senior class. Still, he was voted class president.

When his mother threatened a meeting with child protective services about his behavior, he ran away. For a few months, he lived with other runaway kids. “I robbed and stole, but was never arrested,” he said.

The night before his junior year started, he called his mother and asked to come back home. “I don’t know what happened, but I wanted to make amends,” he said.

When his mother couldn’t afford to give him lunch money, he took a job at a local steakhouse. “I worked all through high school, but it was for the beer money and Taco Bell,” said Mitchell.

He came close to graduating on time, but couldn’t after he failed one class.

Even though his grade point average was just a 1.05 — ranking him 592 out of 599 in his graduating class — Mitchell was well-liked at school and voted president of his senior class.

“I was a troubled guy, but deep down I knew I was a good guy,” he said.

When Mitchell had his epiphany, he laid out a plan to pursue his goals.

To get started, he set his sights on being accepted into the prestigious Culinary Institute of America. But first, he had to take classes over the summer to get his high school degree.

He applied to the Culinary Institute of America but his grades weren’t up to par. So Mitchell attended a local community college, retook some classes and improved his grades. After six months, he reapplied and was accepted. He graduated with his culinary arts degree two years later. 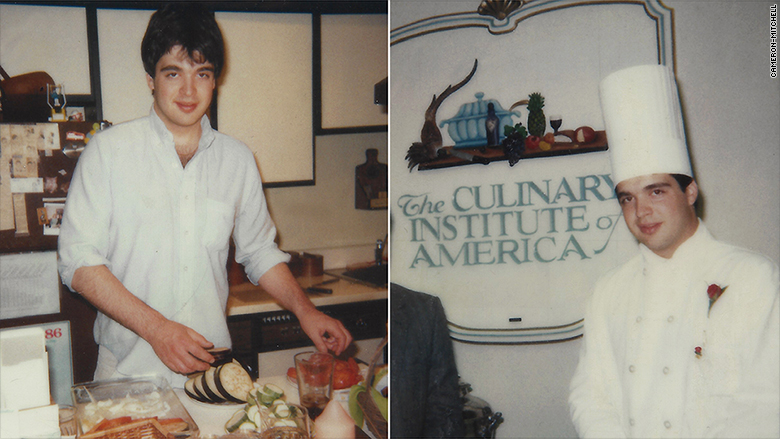 Mitchell after graduating from the Culinary Institute of America

After graduation, Mitchell was hired as a sous-chef at a new restaurant in Columbus. A year later, he was promoted to executive chef. He was 23 at the time and had hit his goal.

When Mitchell started to hit every milestone he set out for himself, he realized he was ready to go out on his own. He was 28 and heading up operations for a local restaurant group. “I left my job and for three weeks I sat in my apartment and studied business books,” he said.

He needed to raise at least $400,000 to open a restaurant. So for the next year, he tapped into the network he had built in the restaurant industry, approaching friends, business contacts, even his attorney for capital.

In October, 1993, Mitchell opened — Cameron’s American Bistro — in Worthington, Ohio. The following year, he opened his second, and a third one followed a year after that.

Mitchell says he isn’t slowing down anytime soon. He wants to keep innovating and expanding. 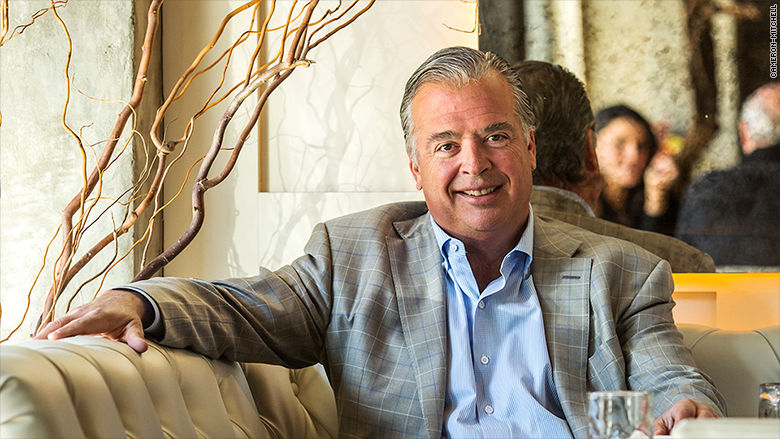 “I absolutely love the restaurant business. I love it so much I tell people I haven’t gone to ‘work’ for 20 years,” he said.

That’s not to say he hasn’t weathered tough times. “This is a difficult industry and closure rates are high. Too many times people get in who really shouldn’t be running a restaurant,” he said.

Mitchell said he’s been able to get through the rough patches by staying committed to his employees and customers.

“Every employee has a little red book reminding them about our culture, mission and values. If you treat people great, they take care of you,” he said. “In the restaurant industry, they say guests come first. I’m brazen enough to say no. Our associates come first.”