Prime Minister Najib Razak said Malaysia will let financial markets decide the direction of the currency as he focuses on improving the economy and on his reform agenda.

In his first interview with a global media organization in more than three years, Najib outlined a plan to increase liquidity in the equity market and promised more income and corporate tax cuts over the next half-decade. Meeting the target for a balanced budget by 2020 will be difficult, but it could be achieved by 2023, he said ahead of the May 9 election.

“We don’t believe in trying to force the issue,” Najib said on Tuesday. “Currencies behave in a very strange manner but we will not deviate from strengthening the fundamentals and hopefully, sentiment will work out more and more in our favor.”

Ringgit is among the top emerging-market currencies this year 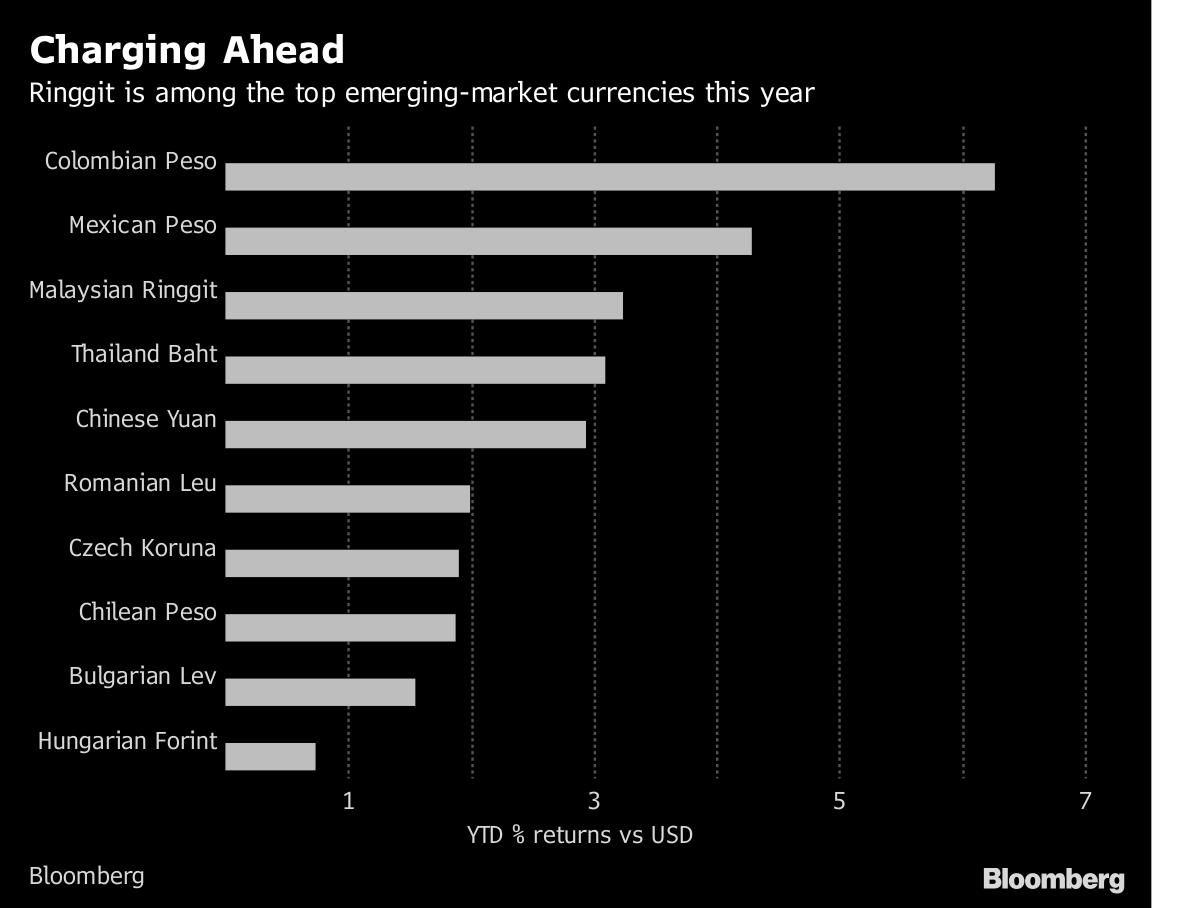 It’s easier for Najib to speak against the need to intervene with the ringgit among the best performers in emerging markets in 2018, a far cry from the previous years when a drop in oil prices and a controversy involving a state fund saw investors flee and the currency slide. The recovery in oil prices is boosting the economy with the World Bank forecasting growth exceeding 5 percent for a third year through 2019.

That’s in contrast to peers in Southeast Asia where currencies like the Philippine peso and Indonesian rupiah are being battered, prompting central banks to intervene and raising calls for interest-rate hikes.

Investors think fair value for the ringgit is about 3.6 to 3.7 per dollar, Najib said, without saying where the information came from. The appreciation this year should be “much higher” than the increase so far, he said. The ringgit, which was at about 3.92 per dollar on Thursday, has gained more than 3 percent this year.

While analysts predict Najib’s coalition will retain power, investors are bracing for surprises after a string of political shocks around the world in recent years. The opposition is capitalizing on angst over rising costs with a promise to abolish the unpopular consumption tax in its first 100 days in power.

Click to read an interview with opposition candidate Mahathir Mohamad

There are no plans to scrap the goods and services tax, Najib said, while pledging to further cut income and corporate taxes over five years depending on oil prices and the GST revenue.

The prime minister has focused in recent years on increasing disposable income by raising cash handouts, reducing some taxes and introducing a minimum wage. At the same time, he made unpopular decisions such as removing subsidies for fuel and daily essentials as well as introducing the 6 percent GST tax in 2015.

Despite the damage to his political capital and criticism his reforms are hurting Malaysians, Najib plans to press on with his reforms.

“It’s important because for a country to succeed, we’ve got to have a long-term focus,” he said. “Of course, you have to address current problems and current challenges, but you also must not run away from taking a long-term perspective. And I think as a responsible government, we’re doing exactly that.”

— With assistance by Y-Sing Liau