Tanger Factory Outlet Centers (NYSE:SKT) has performed quite poorly lately. After a 7% drop following its first-quarter earnings release, the stock has now underperformed the S&P 500 by a staggering 69 percentage points over the past two years.

Apparently, investors don’t think the worst is over just yet, as more than 22.5 million shares of the retail real estate investment trust are currently sold short, representing 24.4% of the company’s outstanding shares. Here’s why investors may have a negative opinion of Tanger, and why I disagree enough to own the stock in my portfolio. 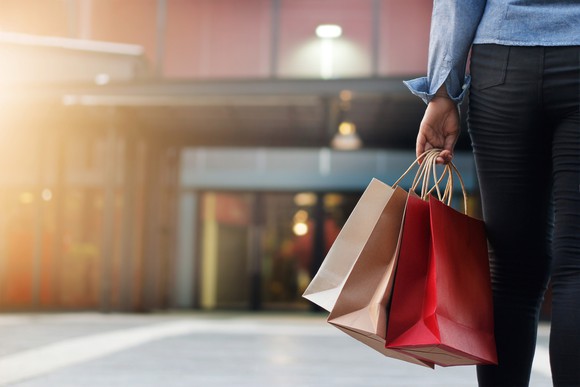 Why are so many investors shorting Tanger?

To be clear, there’s no way to know for sure why investors may have decided to short Tanger. And, if you were to ask 10 Tanger shorts why they bet against the stock, you’re likely to get 10 different explanations.

Having said that, most of the negativity surrounding Tanger can likely be attributed to two main factors — interest rates and retail headwinds.

Let’s first take a deeper dive into interest rates. Rising interest rates are likely to cause downward pressure on all income-focused investments for the next couple of years.

Here’s a (simplified) explanation of why. Dividend yields are a function of stock prices, and investors expect a certain amount of “risk premium” over what they could expect from a low-risk investment. The 10-year Treasury note is a good indicator, so consider this example. Let’s say that when the 10-year Treasury yields 2%, a certain REIT trades for $50 per share and yields 5%.

However, when the 10-year Treasury yield shoots up to 3%, investors will still expect roughly the same difference in yield between the two investments, so the REIT yield could be expected to jump to 6%, resulting in a share price of about $42.

The Federal Reserve has projected several more interest rate hikes between now and 2020, at which point it expects rates to level off.

Two key points when it comes to interest rates. First, the market likes to price in expectations, so unless interest rates start to rise faster than already expected, this should turn out to be a mild headwind. And two, this is a temporary issue that has little to do with Tanger’s business.

Retail is certainly facing headwinds, but…

Now let’s turn to the second factor of retail headwinds. And this is certainly a concern. Retail bankruptcies and store closures have been widespread over the past few years, and many well-known retailers are struggling to survive.

And it’s important to mention that Tanger is certainly not immune. In fact, the reason for the post-earnings drop in the stock price was lowered 2018 guidance, and the company specifically cited tenant bankruptcies as a reason.

However, not all retail is in the same boat. Retail with an experiential component and discount-oriented retail are doing quite well overall, and outlet shopping fits into both categories. Outlets offer bargains that are often unmatched or unavailable through e-commerce channels, and there’s a certain level of experience involved with going to an outlet to see what you can find. Plus, while Tanger has had a few tenant bankruptcies, the vast majority of the company’s tenants are financially stable retailers, such as top tenants likeGap, Nike, Carter’s, and Under Armour.

Here’s one particularly encouraging sign. Tanger’s retail tenants’ sales declined in 2016 and 2017, but it looks like the declines may be over, at least for the time being. Tanger’s tenants sold $384 per square foot for the past 12 months ending in March, $4 more than a year ago.

Furthermore, Tanger’s properties are still 96% occupied, and although this is slightly down from the end of 2017, it is still a remarkably strong occupancy rate for a retail REIT. In fact, Tanger has never ended a year below 95% occupancy, even in the depths of the Great Recession.

A bright future with lots of room to grow

Tanger estimates that there are just 70 million square feet of quality outlet space in the entire U.S., which is smaller than the retail space in Chicago alone. In other words, there’s lots of room to grow. Tanger is the second-largest player in the industry with just over 20% of the total, and it is only in 22 states so far.

As far as its dividend is concerned, Tanger’s 6.9% dividend yield represents just 56% of its FFO — an extremely low payout ratio for a REIT, and the company has raised the payout every single year since its 1993 IPO. So, investors can sleep soundly knowing that the dividend is well covered, even if Tanger’s profits take a big hit as the retail headwinds unfold.

The bottom line is that while Tanger is unquestionably facing some headwinds, outlet retail isn’t in the same boat as the rest of the retail sector, and it still has a bright future ahead. At the current valuation of just 8.6 times the company’s 2018 FFO guidance, I simply can’t make a good case to be short Tanger at this point, and I don’t plan to sell my own shares anytime soon.