J.C. Penney (NYSE:JCP) looked like it would be an early casualty of the retail apocalypse. In some ways, the retailer almost failed because it responded to the changing habits of American shoppers too quickly.

Hired in 2011, former CEO Ron Johnson dramatically shifted the retailer’s previous focus on discounting, instituted a capital-burning share buyback program, and generally made major changes fast without testing them or adequately educating customers. Those moves led to his firing and former CEO Mike Ullman being brought back to stabilize the ship.

That succeeded — the company slowed its sales decline and lured back some of its customers. It was only when Ullman gave way to current CEO Marvin R. Ellison, however, that the company showed any signs that it could actually be viable in the long term. 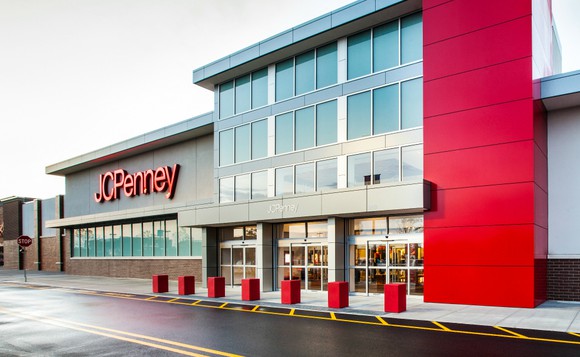 Where does J.C. Penney stand now?

The chain is sort of in a “prove it” situation with investors. Shares still slumped in March when the company reported a 2.6% increase in fourth-quarter comparable-store sales and a full-year increase of 0.1%.

Ellison sounded especially positive in his remarks in the Q4 earnings release, and it’s hard to disagree with him:”For 2017, we improved adjusted earnings per share by 175%, reduced our outstanding debt levels by over $600 million, and generated over $200 million of free cash flow.During the fourth quarter, we delivered our strongest positive sales comps and achieved our largest gross margin improvement for the year.”

At the end of Q4, the company forecast that 2018 comparable-store sales would be flat to up to 2% from 2017 levels. J.C. Penney executives also said they expected adjusted earnings per share (EPS) between $0.05 and $0.25.

When it reported first-quarter results, it delivered at the low end on sales and missed on adjusted EPS. Same-store sales rose by 0.2% and adjusted EPS came in at negative $0.21. The company blamed cool weather in April for the numbers, though it also adjusted its full-year EPS prediction to a loss between $0.07 and $0.13.

Clearly, investors were not happy with these results. Shares tumbled after the company reported, and new questions about long-term viability were raised.

How risky is J.C. Penney stock?

Unlike the situation with rival Sears (NASDAQ:SHLD), J.C. Penney’s liabilities have not exceeded its assets. Each figure is about $8.3 billion, and the company has $181 million in cash on hand, about half what it had last year.

This is a dangerous spot to be in because it leaves the company little margin for error. Even if you believe Ellison has mostly done the right things and that the looming collapse of Sears will increase J.C. Penney sales, it’s clear that the department store chain has reached a crucial point.

While I believe that J.C. Penney has done enough to make its stores destinations, it’s impossible to ignore that a bad year — even a bad fourth quarter — could sink the company. It’s not necessarily that the chain will run out of money, but if vendors think they might not get paid, they start demanding cash up front. That can cause stores to fall short of merchandise at crucial times, which would be enough to tip the company over the edge into disaster.

At this point, you have to consider J.C. Penny stock risky simply because bad weather in Q4 or other factors outside the company’s control could further erode investor confidence. I still believe in Ellison, and that the slow end of Sears will be the last push J.C. Penney needs to get back on track. But at this point, even believers in the company’s strategy have to acknowledge that it would not take much to derail its plans.