Ford Motor Company (NYSE:F) said that it will resume production of its huge-selling F-150 pickup after several days of downtime following a major fire at a key supplier’s factory.

Production of the F-150 will resume at Ford’s Dearborn Truck Plant in Michigan on Friday, the company said. Production at two other Ford plants affected by the supplier fire will resume on Monday.

The upshot is that Ford will end up losing just over a week’s worth of production of the F-150 and several other truck models. That, and the costs of the company’s frantic all-out recovery effort, will weigh on Ford’s second-quarter earnings.

Here’s what we know. 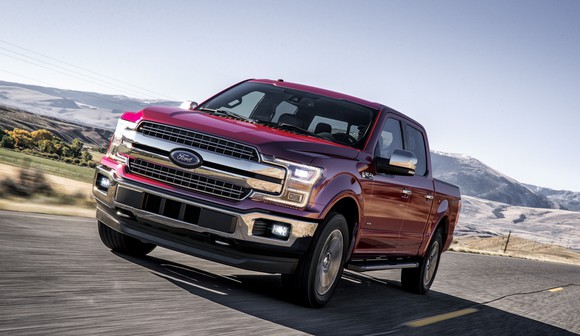 The two factories that make Ford’s huge-selling F-150 pickup have been shut down since last week, after a fire at a supplier’s factory led to a parts shortage. Ford expects production to resume on Friday, May 18. Image source: Ford Motor Company.

The Meridian Magnesium Products factory in Eaton Rapids, Michigan, which was shut down after a May 2 fire, supplied components to several automakers, including General Motors, Fiat Chrysler Automobiles, and Daimler — but none of those components were for products as critical to their makers as the F-150 is to Ford.

The fact that the F-150 was affected by the fire spurred an immediate, cost-no-object response from Ford. About 24 hours after the fire, Ford had a team on-site at the severely damaged factory that included experts from a construction contractor, who were able to determine that parts of the building were safe to enter. 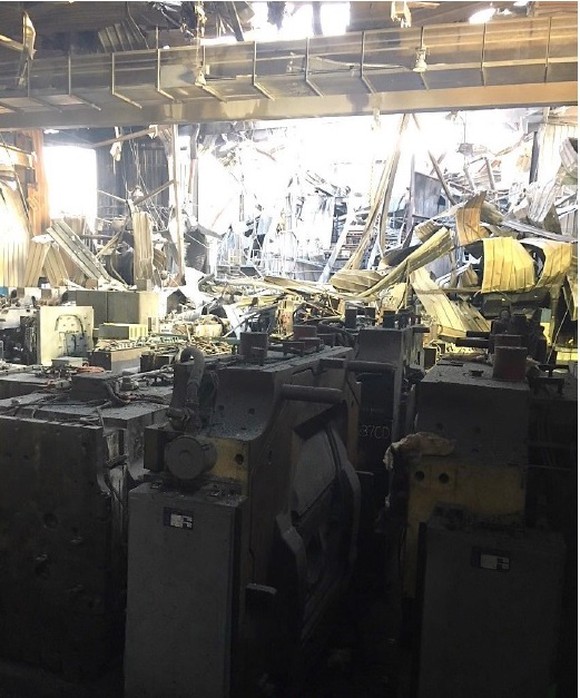 A Michigan factory belonging to Ford supplier Meridian Magnesium Products was severely damaged in a fire on May 2. Image source: Ford Motor Company.

The crew salvaged all 19 of Ford’s production tools, including a massive metal-stamping die weighing 87,000 pounds. Some of those tools were repaired and put back into action at the Eaton Rapids factory, while others — including that huge stamping die — were flown to the U.K. to be set up in another Meridian factory, in Nottingham.

Ford used a giant Russian-made Antonov An-124 transport plane to move the tooling to the U.K as soon as it was recovered from the factory, an effort so rushed that Ford officials had to frantically cut bureaucratic corners to get an import license for the tooling while it was still in the air.

With production now established at Meridian’s Nottingham plant, Ford will use a Boeing 747 cargo aircraft to make daily deliveries of parts from the U.K to the U.S. until production at the Eaton Rapids facility can be restored to pre-fire levels.

Long story short: When the F-150 is affected, Ford will spare no expense to get things moving again. But what will all this cost? 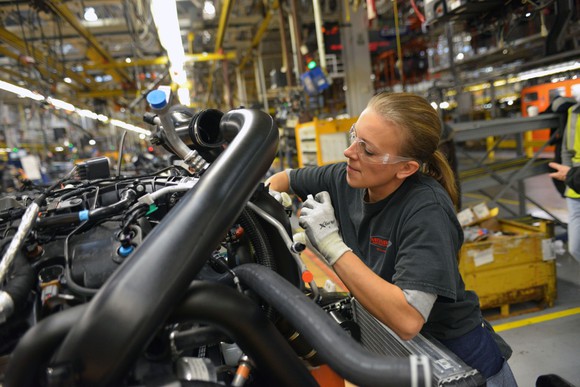 The bill for all this will hit second-quarter earnings

I’m sure the An-124 wasn’t cheap to rent. But the biggest costs to Ford here, by far, will have been from the lost production. Like most automakers, Ford books revenue when vehicles are shipped — and shipping of its best-seller will have been suspended for over a week by the time production resumes.

It adds up to a significant hit to Ford’s bottom line. In a press conference late on Wednesday, Ford said that the impact on its second-quarter earnings will be between $0.12 and $0.14 per share. That’s not trivial: Wall Street analysts surveyed by Thomson Reuterscurrently expect Ford to earn about $0.43 per share in the second quarter, on average.

But Ford expects to make up most or all of that lost production later in the year. The company said that it is standing by its prior guidance for 2018, and still expects earnings to come in between $1.45 and $1.70 per share on an “adjusted” basis, excluding one-time charges.

Bottom line: It’s not happy news for Ford shareholders in the near term, but it could have been a whole lot worse.