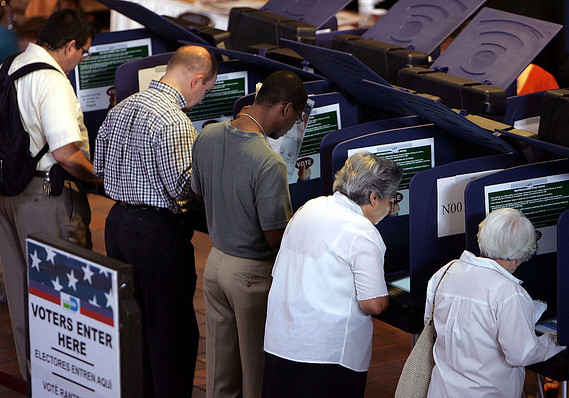 The 2016 U.S. election-meddling scandal resulted in growing skepticism around vote-counting and the technology or lack thereof that underpins it.

Mistrust among voters is often compared to skepticism with the blockchain technology. But for voters, it could a case of all or none.

Cleveland-based Votem Corp. announced Monday it had launched a new Proof of Vote Protocol that hopes to improve the voting process by using blockchain technology. By utilizing the blockchain, the company said voting will become more transparent, more verifiable and increase trust.

Trust is the biggest part of any election, and if there is no trust in a democratic election, it becomes inherently undemocratic, said Aleck Silva-Pinto, a spokesman at Votem.

Amidst all the jargon and skepticism, blockchain-based voting remains a mystery to some. But for Silva-Pinto it is easily simplified.

People are provided with a private key so they can see when they voted and if it was counted. Its like tracing an Amazon package to your doorstep, he said.

While the rising notion of blockchain-based voting is largely associated with public elections, Votem sees the technology also improving the private sector and other voting outlets areas they have already explored.

In 2015, the Rock and Roll Hall of Fame vote for the 2016 inductees was hit with a scandal. After allowing fans to vote for the first time, the number of votes increased 100 million from the previous year, with some suspecting that bots had played a role in weighing the vote for a number of bands. In response, the hall of fame turned to Votem to conduct its online fan vote using the blockchain in hope of weeding out the bots.

We ran their election . . . and since 2017 there were 1.8 million votes cast for the hall of fame vote, said Silva-Pinto.

Votem has tallied over 8.2 million votes since its inception, which is the most votes tallied on a blockchain, according to Silva-Pinto.

While some skeptics view blockchain and cryptocurrency as technologies run by rogues, Votem says it is working with regulators and is in active conversations with the Voluntary Voting System Guideline, a set of principles set out by the U.S. Election Assistance Commission.

Our goal is to fall in line with regulation and add to existing technology that further democratizes voting. We are not trying to upend the current system, said Silva-Pinto.

In fact, Votem has already dipped its toes into public voting, managing the absentee votes for the 2016 general election in Montana. In addition, it ran the election for president of the Ohio State Bar Association, which saw a 400% increase in votes, according to Votem.

However, as the 2016 election debacle continues to drag out, Votem CEO Pete Martin believes there are some officials staunchly opposed to the technology, and worries that the U.S. may become late adopters.

He said a colleague was at an elections conference where an official talked of the long transaction time of blockchain. He had confused blockchain with bitcoin.

Theres a lot of misinformation out there. Part of the job is education, Martin said.

Despite this, the growing millennial demographic will naturally increase the share of the population. With millennials embracing technology, it may only be a matter of time before sentiment shifts.

Maybe not 2020, but the 2024 election cycle will see online voting in some states. Im convinced of this, said Martin.

Read: How to make sure your love letter lasts forever? Put it on blockchain