When a company makes moves to diversify its business, nothing is guaranteed. Sometimes the strategy takes too long, poses too much risk to the balance sheet, or simply doesn’t pan out quite as planned. But when diversification efforts prove successful and inject profitable long-term growth, shareholders can be handsomely rewarded.

Or, as in the case of The Scotts Miracle-Gro Company (NYSE:SMG), successful diversification can distract Wall Street from what’s actually important and whack 25% off a company’s share price in a little over four months. That’s what happened after management successfully diversified its core business in consumer garden products and became an overnight leader in the hydroponics industry, which sells into the fast-growing marijuana industry.

While shareholders have enjoyed a steadily rising stock price in the last three years, short-term thinking on the part of Wall Street has led to an awful 2018 thus far. It seems analysts need a reminder: Scotts Miracle-Gro is more than just a marijuana stock.

Even a quick glance at the numbers makes it clear Scotts Miracle-Gro is predominantly a consumer garden products company. This core portfolio of products supplied 90% of revenue in 2017. That’s thanks in no small part to the fact that the company owns top brands such as Roundup and TomCat, has partnerships with craft brands such as Bonnie Plants, and has new formulations and offerings for each of its brands hitting the market right now.

Nonetheless, Wall Street is obsessed with the other 10% of revenue derived from the fast-growing hydroponics subsidiary Hawthorne. Most of its customers come from the fast-growing marijuana industry, which has imparted the same eye-popping growth on the unit. Consider that Hawthorne sales swelled from $48 million in 2015 to $287 million last year, while operating income grew from $0.1 million to $35.5 million in the same span. 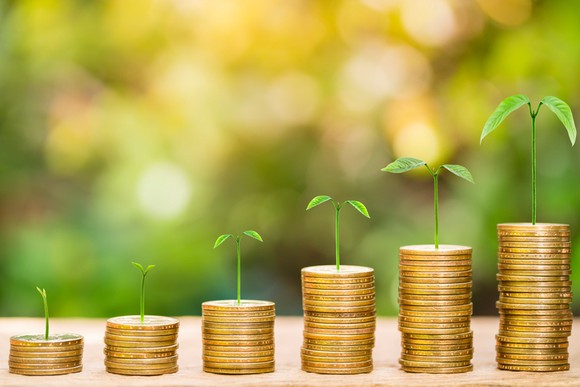 Wall Street has lost focus of what’s important. That is, Hawthorne provides a way for Scotts Miracle-Gro to diversify revenue and earnings, but isn’t the sole priority. This is not really a marijuana stock. That perspective makes it difficult to rationalize the 25% haircut to the company’s market cap thus far in 2018.

To be fair to analysts, there are some notable headwinds facing the both parts of the business, but even these are short-term concerns.

The core business of consumer garden brands got off to one of its slowest starts ever due to the lingering winter weather across most of the United States. Meanwhile, the hydroponics subsidiary would only manage to match last year’s performance in a best-case scenario this year following slower-than-expected roll-out of marijuana industry laws.

Those combined headwinds resulted in a slow overall start for the business compared to fiscal 2017.

Aside from a comfortable tax expense benefit stemming from American corporate tax reform that lifted net income, the business has clearly lost a step in the first half of fiscal 2018. But weather and state laws are both factors out of management’s control. Besides, even if growth stalls this year because of those considerations, it’s important to remember that Scotts Miracle-Gro is a comfortably profitable business.

As if Wall Street’s preoccupation with the marijuana-oriented subsidiary wasn’t frustrating enough for shareholders, it turns out analysts are being inconsistent with their arguments. Scotts Miracle-Gro stock is being simultaneously punished for slowing growth and for making moves to bolster growth.

Fiscal 2018 may prove to be a bit of a disappointment, but shareholders will soon benefit from the recent $450 million acquisition of Sunlight Supply. It’s a leading distributor in the hydroponics industry — including handling 20% of Hawthorne’s sales — which means the move will immediately make Scotts Miracle-Gro the go-to distributor for other brand owners in the space. The transaction is also expected to double Hawthorne’s annual sales and deliver an additional $0.60 to $0.80 in adjusted EPS in fiscal 2019.

Then again, that’s a whole six months away. 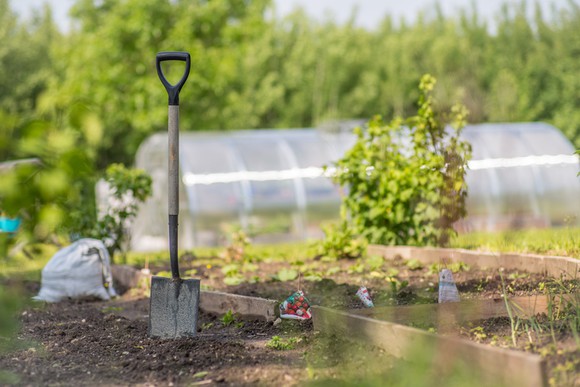 Show some respect to the global leader

Scotts Miracle-Gro stock is now trading at levels last seen in August 2016 and boasts a 2.5% dividend. While there’s some concern that headwinds will force management to lower its fiscal 2018 guidance in mid-June (when management weighs in on its annual outlook each year), this is a comfortably profitable business with plenty of long-term growth opportunities ahead of it. That includes quite a few brands and partnership opportunities outside of the much-covered hydroponics subsidiary, which serve as a reminder that this is more than just a marijuana stock.