Management teams tend to be very coy about what they’re working on behind closed doors. Energy Transfer Equity’s (NYSE:ETE) leadership, on the other hand, was very transparent about what’s going on behind the scenes during the company’s first-quarter conference call. They openly answered analysts’ questions, which provided investors with an interesting glimpse into what’s ahead.

We have our eyes on an acquisition

Energy Transfer Equity and its MLP Energy Transfer Partners (NYSE:ETP) have a long history of making acquisitions to expand their energy infrastructure empire. In fact, Energy Transfer Equity already has its sights set on its next target: NuStar GP Holdings (NYSE:NSH), which controls MLPNuStar Energy (NYSE:NS). That interest led an analyst on the call to ask if the company could provide any more details. 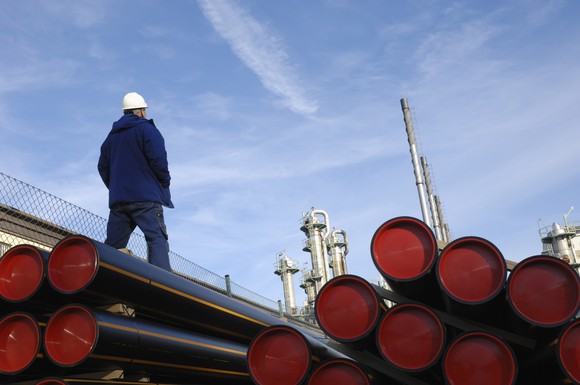 CEO Kelcy Warren took this one and stated “asyou know, we sent a letter offering to acquire NSH. And as you know, the company responded saying that they were not interested in that. And then we followed up to provide some more clarity in a letter.” He further stated that “we think the assets fit us extremely well. And we think more money could be made from those assets.” However, “we have made it very clear to management of NuStar that we would not do anything hostile. But we did want to strongly express our interest, and we have done so.” The company went public with its offer to give NuStar’s investors the opportunity to weigh in on this potential alternative to the company’s current plan, which would see NuStar Energy acquire NuStar GP Holding. However, as much as Energy Transfer would like to buy NuStar, it won’t force the issue, having learned its lesson from an ill-fated hostile attempt to acquire Williams Companies.

NuStar’s decision to simplify its corporate structure is just the latest in a series of similar transactions by other energy infrastructure companies. Energy Transfer has also said that it would likely pursue that path in the future. When asked on the call what that might look like, CEO Kelcy Warren stated “as far as the simplification… it would most certainly be a structure whereby ETE acquires ETP. We’ve looked at every scenario possible to us. And we don’t see any mathematical scenario that makes any sense other than that one.” While the company isn’t ready to pull the trigger on that deal just yet, it seems as though it will at some point.

However, he did rule out the possibility that the company would also roll up its other MLP Sunoco LP (NYSE:SUN). He said that “we’re very pleased with what we’re seeing at SUN as far as the growth that they will be directing that MLP into. And as you know, SUN is younger in the IDR life.” Because of that “for the reasonable future, we don’t see that being rolled up.”

Given that the company is evaluating structural changes, an analyst on the call asked if it was considering a potential go-private transaction sinceone is in the works at Boardwalk Pipeline Partners. The CEO answered by saying “we have actually looked at that several times. We will continue to look at a go-private move.” However, “It never makes the cut… we just can’t seem to make the math work. But those are some of the things that we’re constantly analyzing.” 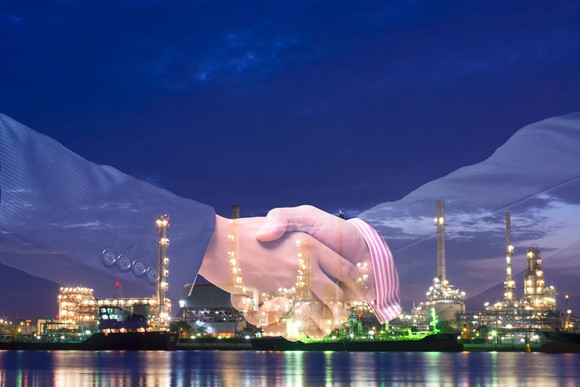 This is most important to us

Earlier this year, Energy Transfer Partners elected to keep its distribution flat even though earnings and cash flow are rising sharply because it wanted to retain cash to help fund expansion projects and pay down debt. Energy Transfer Equity, meanwhile, just pressed pause on its distribution growth plan even though it has ample room to increase the payout. Those decisions led an analyst on the call to ask when the company might restart distribution growth. CFO Tom Long took this one by saying “we always want to say that’s a quarter-by-quarter decision.” But, “I can’t highlight enough the fact of preserving cash and deleveraging, how important that is.”

One reason the company wants to reduce debt is so that it can maintain an investment-grade credit rating after making a structural change. In fact, the reason the math works best on a scenario where Energy Transfer Equity acquires Energy Transfer Partners is that “going this path, we feel like is probably the most favorable from a rating standpoint.” That’s very important to management because they highly value an investment grade rating since it keeps borrowing costs low.

Energy Transfer Equity’s management team gave great insight into some of the strategic moves they’re considering, including making it very clear that they’ll likely roll up their MLP Energy Transfer Partners sooner rather than later. Once the dust settles on those moves, they should be able to resume distribution growth for what’s already a 7.4%-yielding payout. However, there’s still too much uncertainty as to exactly how everything will settle out to make it an attractive option for income-seekers right now.