The downward spiral of Sears Holdings Corp., one the most iconic retailers in the U.S., is reverberating across the Atlantic, with Swedish appliance maker Electrolux AB reporting a nose dive in North American sales.

The Stockholm-based manufacturer’s appliance revenue in the region dropped 5.1 percent amid a slump in products sold under the well-known Sears brand Kenmore. The drop comes as the future of the department-store chain clouds after Chief Executive Officer Edward Lampert’s hedge fund ESL Investments Inc. advocated a more aggressive breakup including the sale of Kenmore and other businesses. 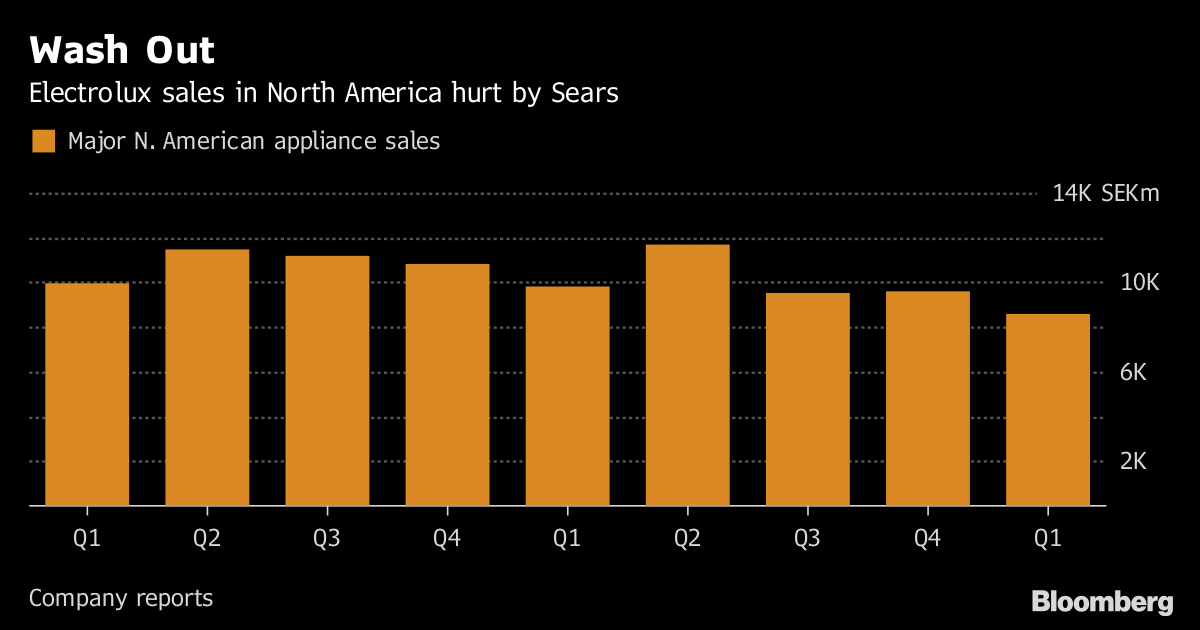 Electrolux shares dropped as much as 13 percent, the most in 2 1/2 years. In addition to the Sears-related sales slump, the company warned U.S. trade tariffs and higher prices for metals, plastics and logistics could inflate costs by as much as 1.8 billion kronor ($210 million) for the year.

Ailing Sears has been unloading assets, shrinking the number of stores it operates, and borrowing money from Lampert, whose hedge fund is its biggest investor. The 125-year-old retailer, based in Hoffman Estates, Illinois, has also cut more than $1 billion in expenses and seen a partnership with Electrolux appliance rival Whirlpool Corp. end.

Electrolux “is still facing in the U.S. issues with part of its distributors,” Morgan Stanley analysts Lucie Carrier and Ben Uglow said Friday. “In a market that was growing in the first quarter, it starts to be difficult to see when the company will resume growth in this region.” 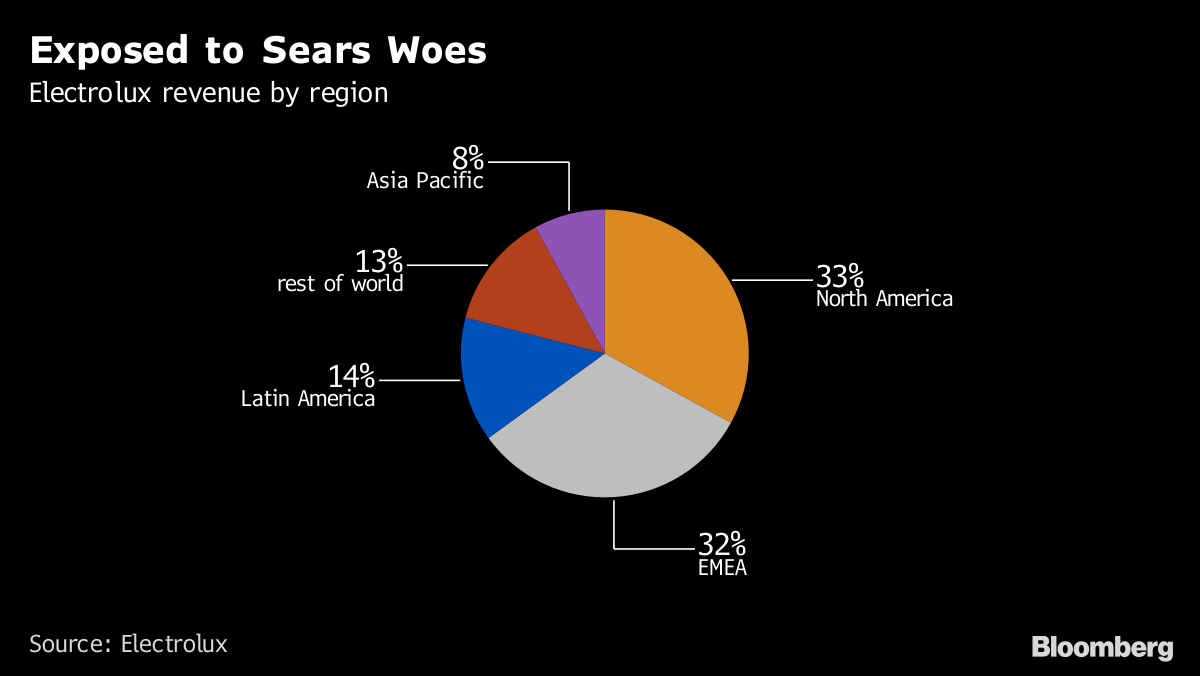 Since taking over in early 2016, the CEO has focused on cutting costs, changing the company’s lineup and increasing sales of lucrative high-end products such as steam ovens and washers.

“The challenge we are facing, along with the industry, is that input costs are rising,” Chief Executive Officer Jonas Samuelson said in an interview on Bloomberg TV. The company will be able to mitigate the increase by raising prices and through cost savings, he said.

The appliance maker’s shares were down 12 percent at 231.7 kronor as of 1:51 p.m. in Stockholm, ranking the company among the worst performers on the Stoxx Europe 600 Index.

— With assistance by Lisa Pham