It may seem as ifWalt Disney(NYSE:DIS)is on top of the world these days. Its theme parks are cranking out record results, and it’s the movie studio behind this year’s two runaway theatrical blockbusters. However, pull up a chart and you find a stock that has been marching in place for the past couple of years.

Disney stock is trading lower year-to-date, and adjusted for dividends it’s essentially where it was at the end of 2015 as well as 2016. The stock market’s rallying, but investor appetite for media networks-heavy entertainment stocks has been waning. Shares of Disney are struggling to stay in the triple digits, and this bring us to Tuesday afternoon when the media giant reports financial results. 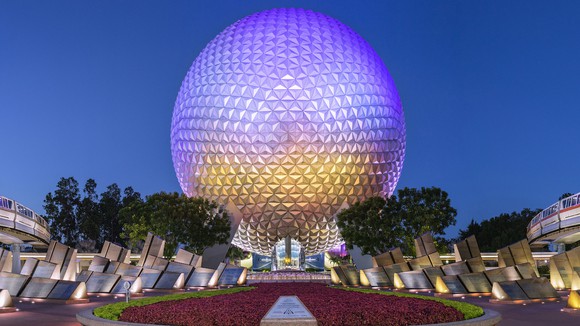 Analysts are holding out for modest growth in Disney’s fiscal second quarter. They see revenue rising 5.6% to hit $14.08 billion, with earnings per share climbing 12.7% to $1.69. The top-line gain may not seem like much, but it will be Disney’s biggest year-over-year gain since its fiscal third quarter of 2016.

The ingredients are in place for a strong report, and it has nothing to do with Avengers: Infinity War breaking box office records since the Marvel flick hit theaters a few weeks after the fiscal period’s close. The biggest growth driver will be Disney’s theme parks, boosted by the timing of the Easter. The holiday break took place in March this year as opposed to falling into April last year. The timing is important, as rival SeaWorld Entertainment is expected to post its biggest revenue increase in five years when it also steps up with its financial results on Tuesday.

Black Panthershould be another big driver for the quarter, but the gains there will likely continue to be held back by issues with its larger media networks segment. Cord-cutting trends continue to weigh on Disney’s cable networks and broadcasting businesses. ESPN may be the one generating all of the concerning headlines, but there are a lot of pressure points across its media network properties.

Disney’s theme parks have been enough to keep Disney growing lately. We saw that in the fiscal first quarter in which Disney’s modest growth in revenue growth and segment operating income would’ve been declines if you back out its theme parks business. The comparisons will get more challenging for Disney in that realm for the current quarter, as the Easter timing goes from being a tailwind to a headwind. It also won’t help that last year’s major Disney World theme park addition opened several weeks earlier than this summer’s debut of Toy Story Land. Thankfully for Disney the new quarter will be when Avengers: Infinity War and the home video release of Black Panthertake the growth baton and run. When you’re a media giant it seems as if there’s always some asset ready to pick up the slack when you need it the most, and right now Disney’s languishing stock can use a boost.