Shopify (NYSE:SHOP)keeps growing briskly as a platform for budding and established online merchants, and shareholders are going along for the ride. Shares of Shopify soared 9% last week, moving higher after another blowout financial performance. The stock initially moved lower on Tuesday following the report, only to roar back into investor fancy later in the week.

Over the past year and change, Shopify has been one of the market’s biggest winners. The shares have more than tripled since the start of last year. This doesn’t mean that last week’s strong first quarter was the tonic to send Shopify to a new all-time high.Despite the rallying shares, Shopify remains 12% below its mid-March highs. It’s still hard to complain given the stock’s amazing run over the past two years. 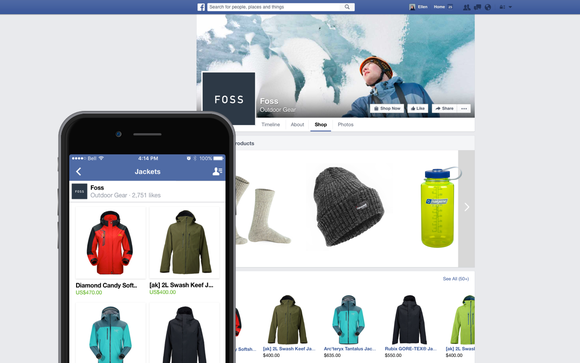 The magnetism of Shopify’s e-commerce platform continues to attract both sellers as buyers. Revenue soared 68% to hit $214.3 million in the first quarter, well ahead of the $198 million to $202 million that it was targeting three months earlier and the 59% growth that analysts were expecting. Shopify surprised the market with its third consecutive quarter of profitability on an adjusted basis. Wall Street pros were holding out for another loss.

It wasn’t a perfect report. Baird analyst Colin Sebastian lowered his price target on the shares from $158 to $150, concerned that merchant solutions revenue was growing faster than higher-margin subscription solutions revenue. Guidance was also a mixed bag.

Shopify is modeling $230 million to $235 million in revenue for the current quarter, just ahead of analyst forecasts but also translating to top-line growth decelerating to between 52% and 55% for the current quarter. Shopify’s revenue guidance of $1 billion to $1.01 billion is also slightly ahead of where Wall Street was parked, but it also suggests that growth will continue to slow into the second half of the year.

The silver lining here is that Shopify has been consistently putting out conservative guidance that it continues to bulldoze with ease. The smart money has to be on Shopify continuing to land ahead of its lowball prognostications until it starts doing otherwise.

Piper Jaffray analyst Sam Kemp put out a bullish note after the stock’s initial dip, arguing that he would be a buyer at the pullback level. Even Baird’s Sebastian argues that Tuesday’s decline was a buying opportunity despite his lower price target. Valuation concerns will dog Shopify’s elevated share price in the near term, but it’s hard to argue with its growing momentum as a monster e-commerce platform.