Blue Apron (NYSE:APRN) is making a real effort to turn around its business by making its meal kits available to more consumers. As part of that push, the company will be providing meal kits toCostco (NASDAQ:COST), the first such agreement since announcing it would no longer be delivery-only.

Unfortunately, it’s not a cure-all for Blue Apron, which has struggled to grow its subscriber base. By selling meal kits in supermarkets and hoping consumers decide to try delivery, it becomes another commoditized product that still has to deal with the uneconomic value proposition its service offers. 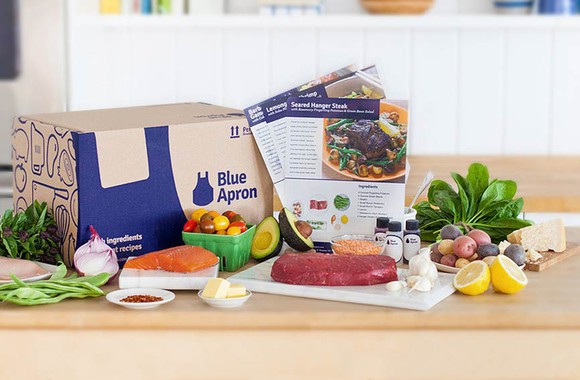 The problem remains that customer acquisition is expensive. Blue Apron had ramped up its marketing ahead of its IPO last year to generate buzz about its growth potential, but after going public,cut marketing costs. Its metrics crashed across the board as a result, and it’s had to raise spending again to build up its customer counts.

CEO Brad Dickerson said the meal kit delivery service “began to methodically reaccelerate marketing late last year” which caused its marketing spend to rise 56% from the fourth quarter to $39.3 million, even though that’s 39% less than a year ago.

So it picked up 40,000 more customers in the quarter at a cost of $14.1 million in extra marketing, suggesting each new member cost around $352. With revenue per customer at $250 each, that’s not sustainable, particularly as order rates fall the longer a customer remains. Sure, not every marketing dollar spent went to new customer acquisition, but it shines a light on how difficult and costly it is to get people to try meal kit delivery and explains why Blue Apron moved into the grocery store.

Meal kits do provide a level of convenience and unique meal selection opportunities, but delivery is not for everyone. Not many people can afford the $60 to $80 a week it would cost to have a couple of Blue Apron meals delivered, but putting meal kits in grocery stores makes it easier for customers to discover Blue Apron products, even if they aren’t converted to the delivery model.

Yet Blue Apron is not alone in making meal kits available in supermarkets. Rivals such as Hello Fresh are doing it, too, while Albertson’s got the movement rolling when it purchased Plated to offer its kits in-store. Since then, Walmart, Kroger, and just about every other large, national chain has made them available in their stores, whether from a national manufacturer or their own store brands. Amazon.com also features them in its grocery section.

This means that other than the brand status that comes from buying Blue Apron at Costco, the meal kit delivery service is bringing nothing special to the table. It’s become just another package available to purchase — if you shop at Costco for groceries.

Blue Apron stock still not worth the cost

Moreover, Costco only has 740 stores in its portfolio, a far cry from the thousands of locations Walmart and Kroger boast. Certainly, Blue Apron doesn’t plan to make Costco the sole arbiter of its future growth plans, but finding grocers with scale to assist that strategy becomes increasingly difficult.

Shares of Blue Apron have lost nearly three quarters of their value since the IPO, and though the stock sells at just a fraction of company sales, the meal kit service hasn’t proved it’s capable of earning a premium. As it becomes another me-too product by moving into supermarkets, its costly legacy business is still the bulk of revenue at the moment, and there’s nothing to argue it deserves a premium yet, either.

However, the Costco initiative is a necessary step to experiment and grow distribution, so feel free to pick up its meal kits while you’re out shopping. Just leave its stock on the shelf.