Net-lease real estate investment trusts, or REITs, can be an excellent way to achieve steady income and excellent long-term growth in your portfolio without too much downside risk. Two great options are Realty Income (NYSE:O) and Store Capital (NYSE:STOR), both of which invest mainly in freestanding retail- and service-oriented real estate.

With that in mind, here’s a rundown of how the net-lease REIT business works, the similarities and differences between these two companies, their dividend track record and respective valuations, and which could be the better buy today. 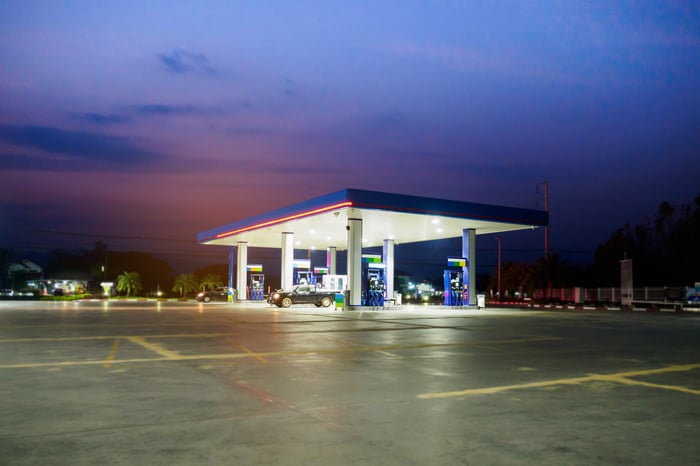 Let’s start with the similarities, as there are quite a few. For starters, both companies are REITs. And both focus on essentially the same type of property — freestanding retail and service businesses.

In addition, tenants of both companies sign net leases, which means the tenants are required to cover the variable expenses of property ownership — specifically property taxes, building insurance, and most maintenance costs. These leases are typically signed with long initial terms — 15 years is common — and with annual rent increases, or escalators, built right in.

As you can probably gather, both of these businesses are designed to minimize tenant turnover and uncertainty, and to provide investors with year after year of worry-free, growing income.

The first notable difference is the size of both companies. By market cap, Realty Income is roughly four times the size of Store Capital. It has roughly 5,700 properties in its portfolio, compared with about 2,200 for Store.

A unique aspect of Store Capital is that it requires its tenants to provide property-level financial statements, so it knows just how well, or poorly, the businesses occupying its real estate are doing. This is a big advantage when it comes to anticipating vacancies, as well as making future adjustments in strategy. Store Capital is the only REIT in Berkshire Hathaway’s (NYSE: BRK-A) (NYSE: BRK-B) closely followed stock portfolio, and while we don’t know for sure, many experts theorize that this aspect of its business has something to do with it.

Another difference looks like a similarity at first: About one-fifth of each company’s portfolio is composed of properties that aren’t retail- or service-oriented. The difference is the types of properties the companies use to diversify their revenue streams. Realty Income owns a significant amount of office and industrial properties — for example, FedEx distribution centers are among the portfolio assets. On the other hand, Store Capital derives 16% of its revenue from manufacturing tenants.

Both companies are excellent income investments. Realty Income has a 3.9% dividend yield as of this writing and has built a phenomenal dividend history. Since listing on the NYSE in 1994, Realty Income has increased its dividend in 85 consecutive quarters at a compound annualized rate of 4.6%. Including its time as a non-listed REIT, the company has made 582 consecutive monthly dividend payments.

Store Capital is a younger REIT, with its IPO in 2014, but has already built an impressive track record. The stock currently yields 4.1%, and the company has consistently increased the dividend since its IPO.

As far as valuation goes, Realty Income trades for 21.8 times funds from operations (FFO), a rather expensive valuation, but justified by the company’s steady-income business model and track record of delivering returns. Store Capital, on the other hand, trades for just 17.6 times FFO.

These companies are pretty evenly matched in most areas. And while Realty Income has the advantage of scale and also has a decades-long track record of market-beating returns, Store Capital trades for a significantly cheaper valuation. While Realty Income is a staple in my portfolio and will continue to be for the foreseeable future, if I were going to invest in one of these stocks today, I’d probably put my money into Store Capital.