Despite being a dominant player in the fast-growing internet space in China, Baidu (BIDU) consistently trades at a discount to American peers. The departure of a key executive and an analyst downgrade provide another gift to own this stock on a $25 dip and at levels from back in 2014. 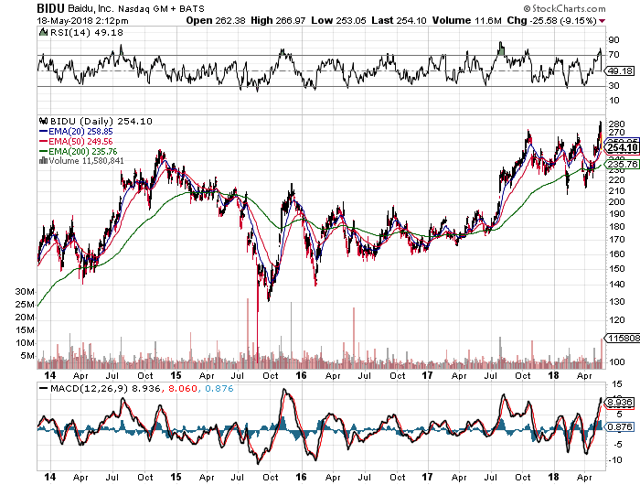 The announced departure of COO Qi Lu in July is a huge disappointment. The ex-Microsoft executive apparently has some family issues preventing him from working in China, so the news isn’t related to an internal problem at Baidu. As well, the executive will remain as Vice Chairman of the Board suggesting the leader can still help direct operations and provide guidance from afar via his plan to work on “investments and research”. 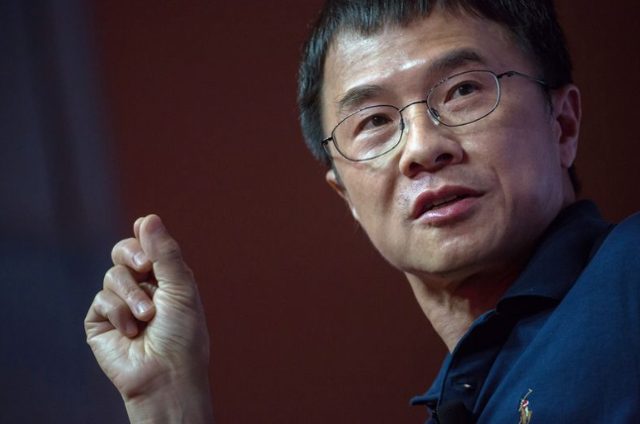 Lu is supposedly the driving force behind the ambitious move into artificial intelligence and moving the company beyond search. The bigger blow to the stock is having an analyst come out and question the ability of the company to execute without the COO. Analyst Thomas Chong at Credit Suisse made these comments about the departure of Lu and his downgrade:

We view Dr. Lu as instrumental to Baidu’s transition to becoming an ‘All in AI’ company. We believe Baidu’s strategy remains unchanged with emphasis on AI. However, we believe visibility is needed about execution of new initiatives post new appointments.

The combination causes investors to dump shares without thinking clearly.

Firing On All Cylinders

The strong quarterly results are probably overly attributed to the work of the COO. Baidu was long a 30% grower before the hiring of Qi Lu a couple of years back and the only reason for the rough 2016 was the online marketing restrictions implemented by the Chinese government.

In addition, the Chinese online search leader has sold or divested investments in transactional businesses that were huge drains on margins creating the hidden value in the stock. The recent Q1 results showed the vast improvements in margins and a huge boost to profits as the company constrained costs while returning to the traditional 30%+ revenue growth.

Revenues were up 31% (local currency) in the last quarter due to 26% growth from Baidu Core and substantial 57% growth from video service iQIYI (IQ). The forecast is for growth to continue at the 30% rate.

Of course, some might argue that these numbers were from the end of April before the planned departure of the COO. For those following the history of Baidu, one knows the internet search giant in China has a long history of fast growth. Only the changing laws on online marketing held the company back throughout most of 2016. Baidu quickly returned to the 30% growth rate once the new laws were lapsed. 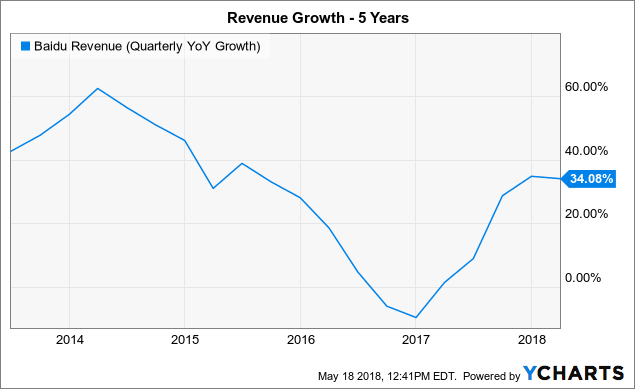 Another big consideration before dumping the stock down $25 today is that the substantial margins are back after several years of heavy spending. The company reported operating margins of 26%, and most importantly, the Baidu Core that excludes iQIYI has incredible margins of 39%.

These huge margins allowed Baidu to generate free cash flow of about $1 billion in the last quarter alone. The company now has a massive cash balance of $17 billion now.

The valuation is now highly compelling against domestic stocks like Alphabet (GOOG, GOOGL) and Netflix (NFLX). The company is most similar to Alphabet with the growth of Netflix considering the iQIYI investment. Baidu now trades back at the lower P/S multiple. 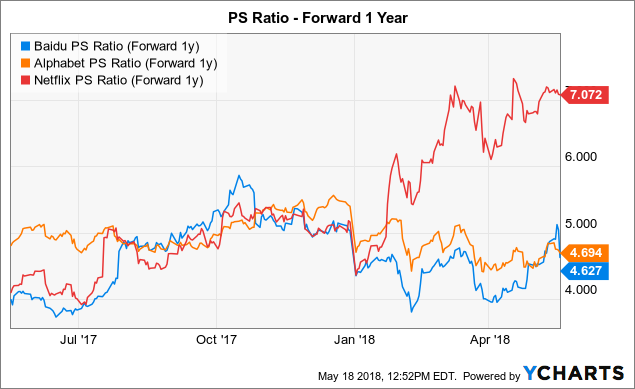 The amazing note here is that Netflix is worth some $50 billion more than Baidu despite the latter being a similar size and far more profitable.

The key takeaway is that any signs that Baidu is slipping in AI and autonomous driving due to the departure of Dr. Lu would be a worrying sign. The history and size of the company though don’t suggest that the investment thesis should be based on the COO alone. Use the dip to load up on technology leader still trading at levels from four years ago.

Disclosure: I am/we are long BIDU.