The recent earnings report could mark the beginning of the turnaround for GE (NYSE:GE). The almost 16-year tenure of Jeff Immelt left the company in shambles. Before Immelt rose to the CEO position, GE stock maintained record highs and held the world’s largest market cap. 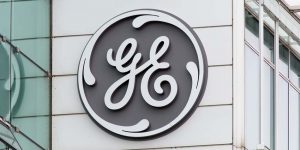 However, many of Immelt’s decisions brought devastation to GE. When Larry Culp took over after John Flannery’s brief tenure, many had questioned GE’s ability to survive. However, this outsider with a successful track record has brought new life to the company.

Due to the confidence engendered and decisions made by Culp, a speculative buy case for General Electric stock has now appeared.

GE’s problems are solvable, assuming we know their true nature. The seemingly endless litany of new issues devastated General Electric stock during Flannery’s time as CEO. Now Culp appears to have at least come clean about the problems facing GE.

Culp, the former CEO of Danaher (NYSE:DHR), took the helm in October. Since he took over, he cut the dividend to a token level of four cents per share. He also addressed the issues with GE’s Power division, acknowledging its turnaround will take years.

On Jan. 31, Culp strongly indicated that the constant drip of unreported problems may have finally come to an end. Earnings fell short of estimates by five cents per share. However, revenues of $33.3 billion beat expectations by $1.07 billion. Better than expected revenues from five of GE’s divisions made up for the revenue shortfall at GE Power.

This good news led to a relief rally as the stock rose by over 13% following the report. Like most, I see this as an overreaction, but an understandable one. Investors need to remember that GE still holds debt levels in excess of its $87 billion market cap. It also faces the largest known pension liability in corporate America. Moreover, this assumes that GE Capital does not hold toxic assets not yet revealed to the public.

I still see GE Capital assets as a possible issue. For this reason, I would urge conservative investors to avoid General Electric stock. However, I see enough optimism and the potential for recovery to warrant a speculative position. To be sure, it will take years to bring about this resurgence.

Investors will also have to get past the temporary cash flow losses that will come when it divests the healthcare division, the jet-leasing division, and the Baker Hughes stake.

Still, the sale of divisions should fund the retirement of $26 billion in debt due in the next two years. Moreover, bright spots within GE remain, particularly in its aviation division. Also, even its troubled power division continues to perform well in some respects.

Reuters reported that GE GE led the industry in the sale of gas turbines in 2018. Mitsubishi (OTCMKTS:MSBHY) still holds the lead on new technology in this area. However, it offers hope that this core division can turn itself around. Hopefully, that will help propel a turnaround across the company, one that will reduce debt, push General Electric stock higher, and restore the reputation that bolstered GE for more than a century.

Culp’s honesty and focus on addressing the company’s debt and pension problems have helped to build a speculative case for General Electric stock.

Now, with a plan to address the most immediate debts and to address the issues in the power division, GE stock has stopped falling. Barring any lingering issues from the former GE Capital, I believe the worst has come to an end for General Electric stock.

As of this writing, Will Healy did not hold a position in any of the aforementioned stocks. You can follow Will on Twitter