Billionaire industrialist Anil Agarwal plans to leave behind a legacy: an Indian resources group to rival the world’s biggest.

The founder and owner of Vedanta Resources Plc wants to keep building the company into a giant producer of the commodities that India needs to curb its reliance on imports, create jobs and reduce poverty. Despite its insatiable appetite for materials, India is yet to impose itself among the mining heavyweights in the way that Australia, China or even the U.K does. 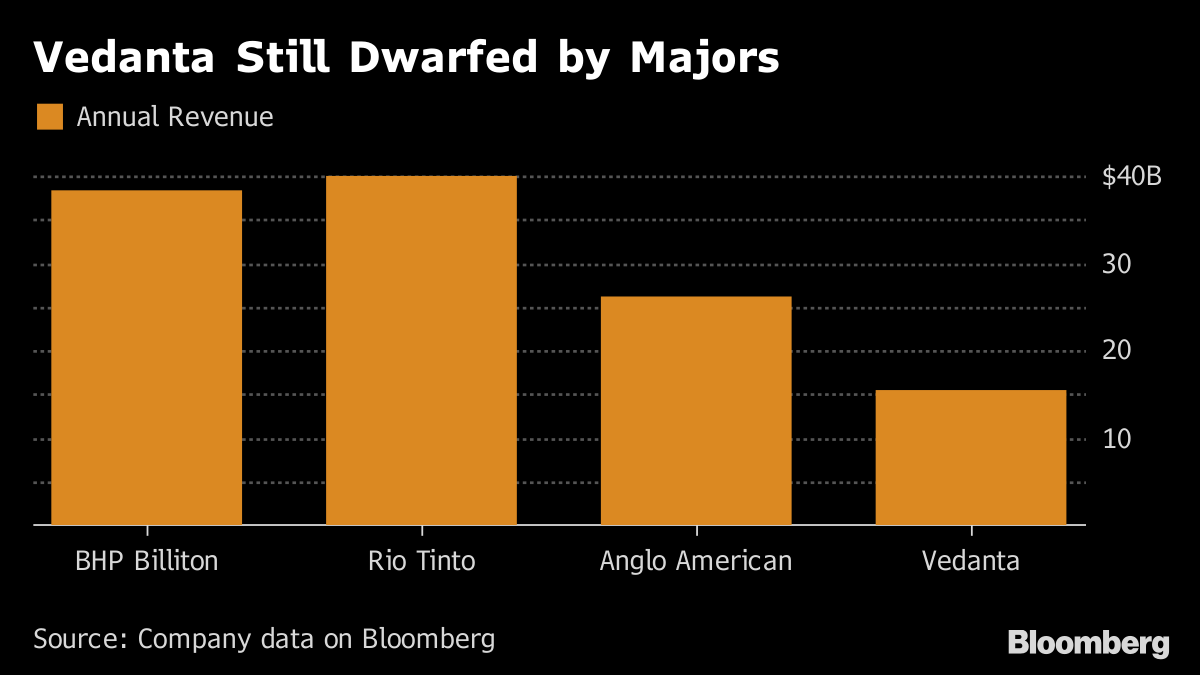 "It can be the second- or third-largest resource company in the world," Agarwal, 64, said in an interview in London. Domestic resources have been key to the success of all of the world’s biggest economies and India should be no different, he said. “We thought India should have a company.”

The goal is to invest in more local production of all commodities to feed India’s rapidly growing economy, which currently depends on imports for 80 percent of its oil and minerals. What’s less clear is how Agarwal’s stake in Anglo American Plc fits into that plan. The structure of his purchase last year — he’s now Anglo’s top shareholder but effectively rents the shares — led to speculation that he might take an activist role and seek to merge assets with Vedanta.

Anglo’s management have consulted Agarwal regularly, he said, and so far his interventions have been limited to advice that the miner shouldn’t abandon South Africa as well as offering to help it expand into India. He said he’s committed to his 21 percent stake in Anglo.

“I am long-term, we can always keep extending, I can buy the bonds,” he said. “We can do anything.”

The self-made businessman has enjoyed an audacious ascent from a small-town metal business in northern India to chairman of Vedanta, which he founded in Mumbai in 1976 and listed in London in 2003. Through its local Vedanta Ltd. and Hindustan Zinc Ltd. units, it controls oil fields, zinc mines, iron ore assets and aluminum and copper operations in India. It also has mines in Zambia and South Africa. 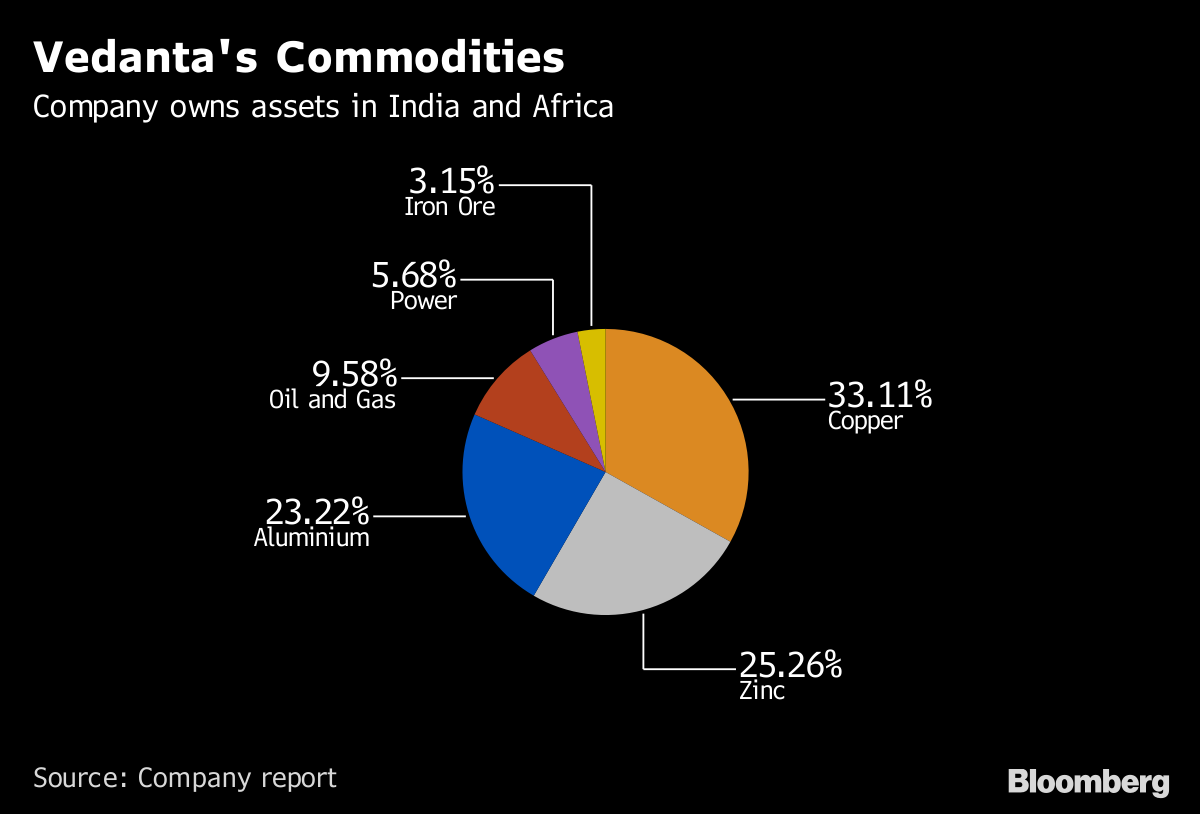 To keep expanding, Vedanta will invest $8 billion in the next 2 1/2 years. That’s a bigger share of annual revenue than miners such as Rio Tinto Group and Anglo have pledged to spend over a similar period.

“We take chances," Agarwal said. “We are like a river, we are going as and where assets are available.”

Agarwal’s confidence is largely driven by India’s reliance on imported raw materials. The country’s economy is expected to triple by 2030, and at the moment oil and mineral imports cost the nation about $300 billion a year, he said. By developing local mines, he hopes to curb that import spend and increase the mining industry’s contribution to the economy from 2.5 percent to 10 percent.

"In India we have enough resources,” Agarwal said “India’s policies are liberalizing and improving the ease of doing business, and we don’t have to go outside of India.”

While Agarwal sees Vedanta’s growth and his philanthropy as key to helping reduce India’s poverty, the company’s expansion plans haven’t always been welcomed in the country. Deaths this week during protests at its copper smelting operations in southern India are the latest incidents in a controversial rise that has seen the company clash with communities and environmental standards. It shows the challenges of mining in the world’s most populated democracy.

Last month, Agarwal hired AngloGold Ashanti Ltd.’s Srinivasan Venkatakrishnan to take over as chief executive officer, giving Vedanta a chief with global mining experience and a strong reputation in India. Agarwal said it will allow him to better focus on company strategy, in the way he did before former CEO Tom Albanese left last year, as well as philanthropic work. But he won’t be walking away from the company.

"I’ll never retire, why should I retire," he said.