There are two things we all know about the automotive business: It’s expensive and competitive. That doesn’t mean there aren’t great companies to invest in, but it does mean investors have to keep an eye on certain factors. Carvana Co. (NYSE:CVNA) posted a strong first quarter that sent its shares up 12% initially on Thursday.Here are three critical takeaways from Carvana’s first quarter, and one thing investors must keep an eye on.

All kinds of growth

Carvana, a used-car retailer attempting to cut the traditional dealership out of the car-buying process, is a young company. Soinvestors want to see strong growth now, just barely a year after its IPO. During the first quarter, retail units sold jumped 122% to 18,464, which drove total revenue 127% higher to $360.4 million. Furthermore, in April, Carvana exceeded 2 million monthly unique visitors (MUV) to its website only nine months after it had reached 1 million. 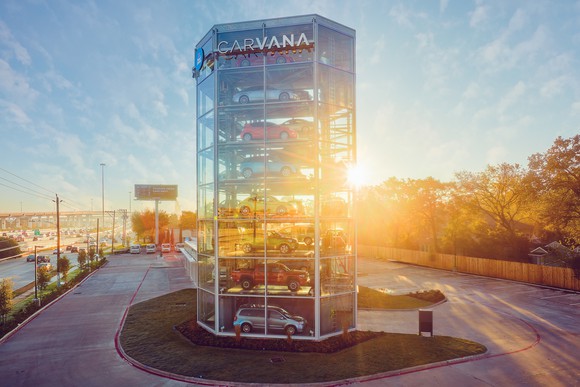 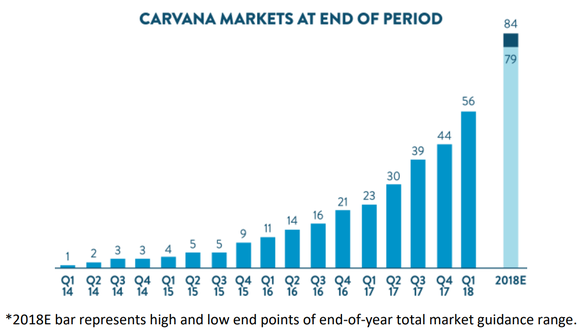 Sure, top-line growth is Carvana’s priority, but the company would like to reach profitability sooner rather than later. For that to happen, Carvana needs to focus on improving its total gross profit per unit (GPU) and shrinking costs.

The auto e-commerce company took huge strides in total GPU: up $685 compared to the prior year, to $1,854. Management believes it can crank up GPU to between $2,000 and $2,200during the second quarter, which is closing the gap on its long-term target of $3,000. Part of that gain came from a lower average days to sale: 70 days compared to 93 days during the prior year.

In addition to improving its GPU through inventory management and other efficiencies, the company needs to improve its operating leverage. For an example, total SG&A as a percentage of revenue checked in at 23.1%, a 580-basis-point improvement from the prior year. But it still needs to make more progress in the quarters ahead. An important metric for investors to watch is Carvana’s EBITDA margin, which has steadily improved over the years, as you can see below. 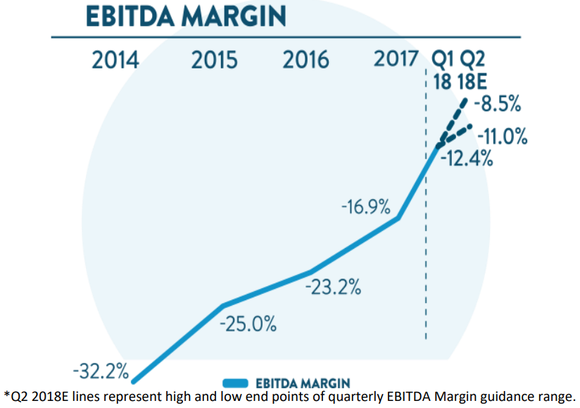 Raised guidance was the cherry on top of Carvana’s tasty first quarter. Management raised full-year 2018 guidance for units sold, revenue, and GPU, while affirming prior guidance for EBITDA margin. The driving force behind higher guidance was simply stronger starts to market launches, which gives management the ability to raise the lower end of its guidance moving forward. Guidance for the second quarter (all comparisons are year over year):

Now, while it was certainly a strong quarter for Carvana, this rapid growth comes at a cost. Consider that the company’s free cash flow was negative $282.6 million in 2017, and in the first quarter 2018 alone, that figure was negative $159.5 million. At the end of the first quarter, Carvana had just under $140 million in cash and cash equivalents. That cash crunch is what enticed Carvana toupsize its follow-on public offering recently. At some point, the company will have to decide whether it can continue to fund its explosive growth by diluting shareholders or to pump the brakes on its expansion — that’s between a rock and a hard place for a growth company.

All in all, it was a great quarter filled with explosive growth and improvements on many metrics. But investors will have to keep an eye on the cash burn, which is just part of the game with young growth stocks.