It’s that time of the year again, folks: the quarterly release of 13F filings with the Securities and Exchange Commission (SEC). Each and every quarter, money managers with more than $100 million in assets under management are required to disclose their investment holdings within 45 days of the closing of the previous quarter (March 31, June 30, September 30, and December 31).

Though the primary purpose of 13F filings, according to the SEC, is to “increase investor confidence in the integrity of the United States securities markets,” the real lure of these filings is that it gives Wall Street and retail investors an inside look at what the brightest minds on Wall Street have been up to during the most recently completed quarter.While 13F filings aren’t perfect — they’re 45 days old, after all, and may not reflect trading activity undertaken since the latest quarter ended — they do provide another piece of the puzzle that helps investors get a good feel for what trends and/or stocks are in and out of favor. 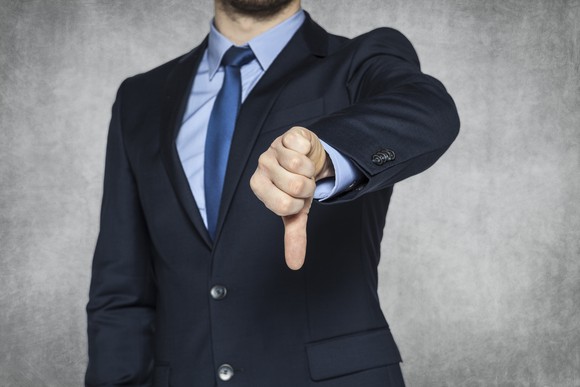 Three household stocks that fell out of favor in Q1

This past quarter, as with other quarters, billionaire money managers were quite active. In particular, plenty of brand-name companies found themselves to be the object of money managers’ affection. For example, despite Facebook’s late-quarter data scandal, a number of prominent money managers increased their positions in the company. Likewise, in spite of drawing President Trump’s ire, Amazonwas a commonly added stock in the first quarter by big-name money managers.

But not all brand-name companies were welcomed with open arms. A few were shown the door by billionaire money managers. Here are three household tech juggernauts that were on the outside looking in when the quarter ended.

You might be surprised to see that Apple (NASDAQ:AAPL), the world’s largest publicly traded company and a stock that the Oracle of Omaha, Warren Buffett, has come to fancy, was among the leading household names shown the door in Q1. David Tepper’s Appaloosa Management, which initially bought its first stake in Apple back in the third quarter of 2016, sold its entire position of nearly 4.59 million shares. Meanwhile, Larry Robbins’ Glenview Capital Management sold the entirely of its 1.26 million-share stake in Apple during Q1, which it had also held since the third quarter of 2016. As a whole, according to data from Bloomberg, large institutional investors sold 153 million Apple shares in the first quarter. Why no love for the king of all tech and consumer stocks? Investors’ angst primarily centers around the belief that Apple’s iPhone sales growth can’t possibly continue at the same torrid pace it’s been on for years. Though iPhone revenue jumped a healthy 14% on a year-over-year basis, to $38 billion in Q1 2018, total units sold rose by a mere 3%, to 52.2 million iPhones. The $1,000 price tag of the newly introduced iPhone X certainly helped push sales higher, but the slow crawl of physical-unit sales is a clear concern among Wall Street pundits.

Apple’s saving grace has been its incredible shareholder-return policy, which includes the biggest dividend in the world (in terms of total annual payout), and mammoth share buybacks. In fact, the company repurchased $23.5 billion worth of its own stock last quarter, all on the open market, and its board authorized the repurchase of an additional $100 billion worth of stock. These repurchases reduce the company’s existing share count, aiding earnings-per-share (EPS) growth and (presumably) making the company look more attractive from a valuation basis.

Given that Apple recently raised its dividend by 16% and is valued at only 14 times next year’s EPS, I believe pessimists will be proven wrong over the long run.

Perhaps a bit less surprising is the lack of love tech stalwart IBM (NYSE:IBM) continues to be shown by the investment community. According to data from WhaleWisdom, institutional money managers dumped more than 20 million shares of IBM in the latest quarter. Sellers of “Big Blue” included Warren Buffett’s Berkshire Hathaway, which dumped all of its remaining 2.05 million shares, as well as Point72 Asset Management’s Steven Cohen, who sold his entire 548,666 share stake in IBM. 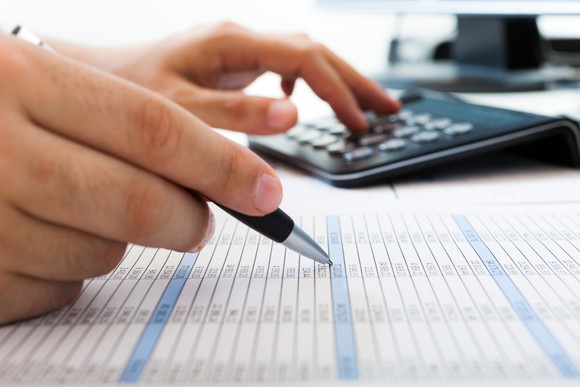 The issue for IBM continues to be a lack of catalysts. Even though the company has seen its cloud revenue grow steadily on an organic basis and as a percentage of total sales, its late push into cloud computing left it far too reliant on legacy products, which have gone nowhere for years. IBM did recently break a streak that saw its sales decline for 22 consecutive quarters over the prior-year period, but that’s not saying a lot.

As noted, the positive here is that organic cloud revenue is up 20% (on a constant-currency basis), to $17.7 billion over the past 12 months, which provides some momentum moving forward.What IBM really needs, though, is for blockchain technology to take off.

IBM has been investing heavily in currency- and non-currency-based blockchain applications, which have the potential to put it on the leading edge of this technological game changer. IBM Is already testing cross-border payments at a dozen banks in the South Pacific using Stella’s Lumens coin as an intermediary currency, and it formed a joint venture with shipping giant Maersk earlier this year to develop blockchain-based shipping solutions.

Of course, investors also should understand that blockchain still is a nascent technology that has some growing up to do. Translation: IBM’s blockchain division is unlikely to be a major contributor anytime soon.

Personally, I appreciate IBM’s relative value at roughly 10 times next year’s EPS, as well as its 4.4% yield. However, without any top-line growth at the company, I’d suggest adding IBM to your watchlist or waiting for an even more attractive entry point (i.e., a lower share price).

Also finding itself on the short end of the stick is online search and advertising kingpin Alphabet (NASDAQ:GOOG)(NASDAQ:GOOGL), the parent of Google and YouTube. Specifically, the company’s class A shares (GOOGL) were completely axed at Jim Simons’ Renaissance Technologies, where 112,148 shares were sold, and Louis Bacon’s Moore Capital Management, which sold 71,300 shares. As a whole, WhaleWisdom shows money managers dumping about 10 million net shares of Alphabet’s Class A shares in the first quarter. 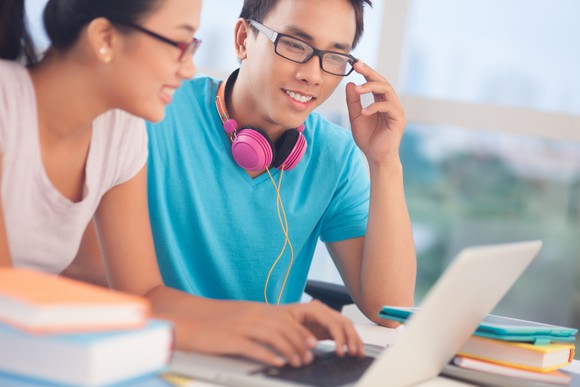 Whereas the concerns with Apple and IBM are readily apparent, pessimism surrounding Alphabet isn’t as plain as day. Chances are that money managers headed to the exits for two specific reasons.

To begin with, the first quarter featured the first correction in the stock market in two years. Since advertising is dependent on a strong economy, and Google’s search platform is dependent on advertising, there were probably some worries raised about how a potentially slowing economy and volatile market might impact ad spending. The second issue I’d attribute to rising traffic-acquisition costs (TAC) for mobile search, which have the potential to weigh on margins.

However, institutional selling doesn’t make a lot of sense if you dig beyond higher TAC and look at the bigger picture with Alphabet and its assets. Google properties, which includes search and YouTube, saw revenue increase by 59% year over year, to nearly $22 billion. Meanwhile, its cloud businesses, which includes hardware sales, jumped to $4.3 billion in Q1 2018 sales, up from $3.2 billion in the year-ago quarter. A good chunk of this jump was a result of including smart-home thermostat Nest in this segment, but organic growth remains strongly in the double-digit-percentage range.

Trading at approximately 23 times forward earnings, Alphabet might not appear exactly “cheap.” But if you take into account the company’s dominant search and mobile ad market share along with its ability to grow sales at roughly 15% per year through 2021, I believe that sellers will regret jettisoning Alphabet in the first quarter.